SOUTH BEND, Ind. -- South Bend Mayor and Democratic presidential hopeful Pete Buttigieg was the target of sexual assault claims that turned out to be made up.

A person claiming to be a 21-year-old college student named Hunter Kelly from Grand Rapids, MI alleged Buttigieg had sexually assaulted him in February.

It was shared to a Twitter account also with the name Hunter Kelly. The account was just created this month and only had six previous posts. 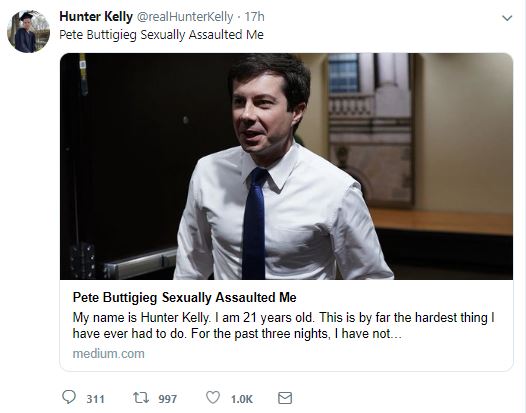 Hours later Hunter Kelly posted to his Facebook page that the story was not true.

According to a full statement posted Tuesday on Kelly’s facebook page, those political figures were right wing activist Jacob Wohl and Jack Burkman.

Kelly says, Wohl asked, “if I could do whatever it took to get the job done.” Kelly obliged, but claims he said he would “not partake in any shady activity.”

Kelly goes on to say, “I was never in Washington D.C. In February 2019, I have never met or spoken with Buttigieg, I have never been a victim of sexual assault, but more importantly I am not a liar. I will not stand around idly and get dragged through the mud for two people to continue committing heinous acts in the name of “protecting our country.” They are the real danger to the country.” 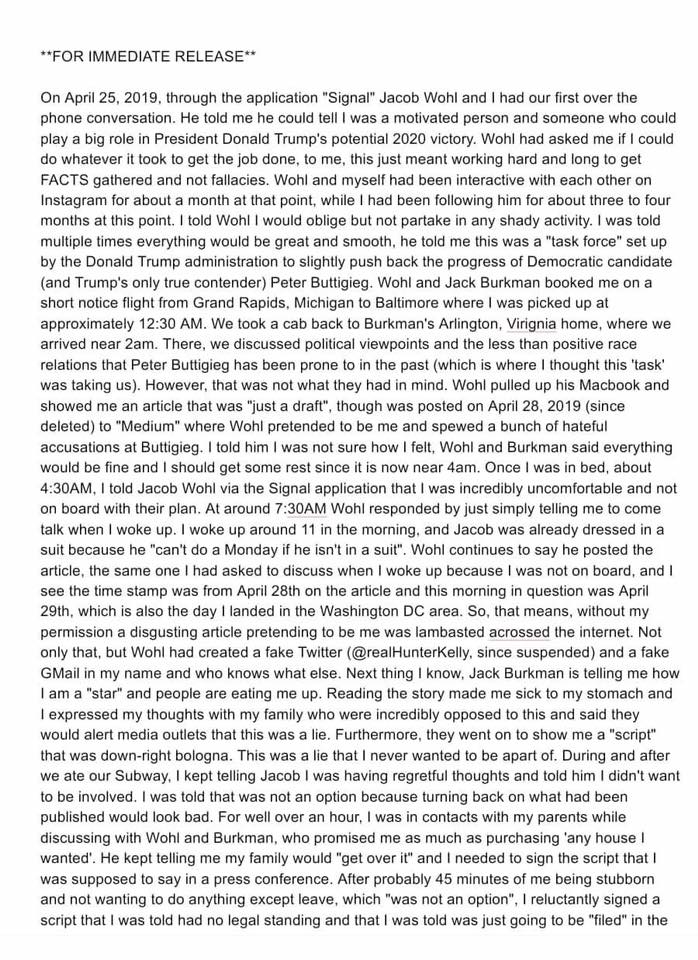 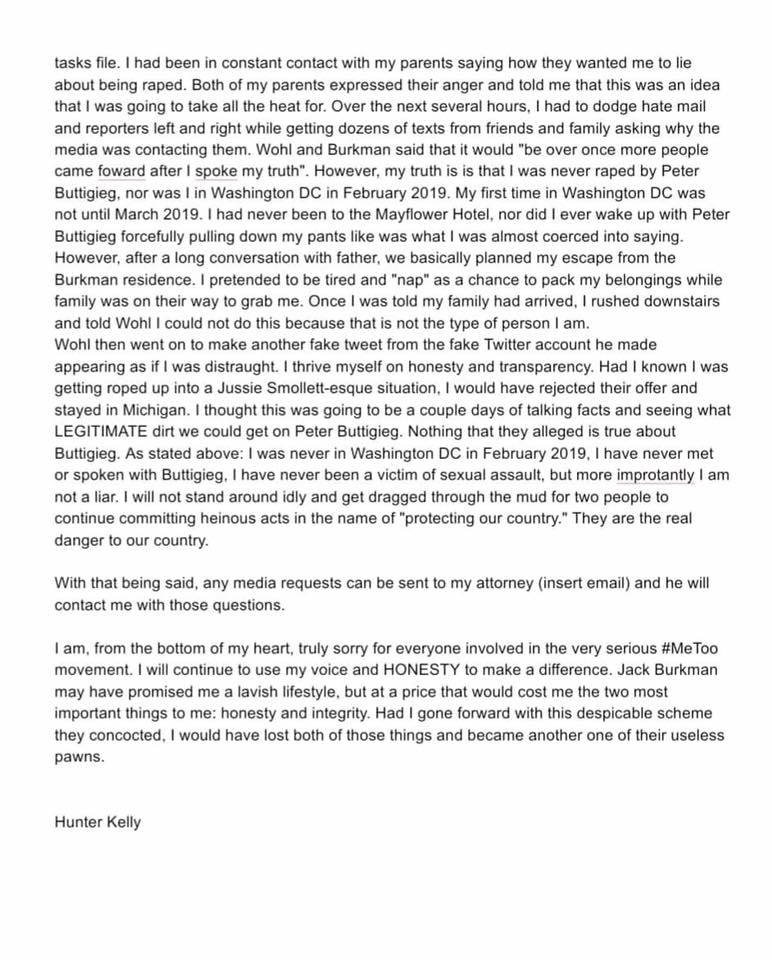 The Daily Beast reported that Wohl and Burkman had been working to recruit young Republican men to launch false sexual assault claims against Buttigieg. Wohl has previously been accused of trying to recruit women to make similar charges against Special Counsel Robert Mueller.

"I'm sure it's not the first time somebody is going to make something up about me," Buttigieg told reporters Monday. "It's not going to throw us. Politics can be ugly sometimes but you have to face that when you're in presidential politics."