Calvert Street homeowners say pumps and wells are a must 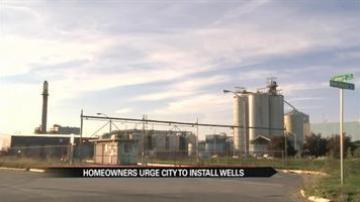 SOUTH BEND, Ind. --  Its been nearly a year, and families who live near the New Energy Ethanol Plant are still holding their breath, waiting for a long term solution to the flooding.  The lawyer who represents those families, Attorney Judith Fox, says a proposal to put in wells and pumps has been made to the city.

Homeowners tell ABC 57 they cannot believe they are still fighting the same battle a year later.

Even though the flooding has stopped for now, families on Calvert Street say they live in constant fear.

In an email about the proposal, Mayor Pete Buttigieg used words like “continuing to evaluate” and “need to preserve fiscal strength.”

The city is willing to consider putting wells and pumps in but it will be a long while before they have a definite answer.

In the meantime, homeowners say all they can do is keep their fingers crossed.