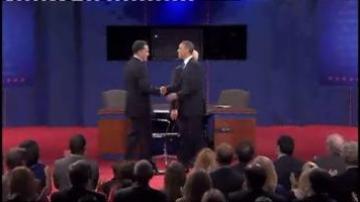 From Libya to China, they took on a wide range of issues. Even dipping into domestic policy at points.

The president came out of the gate swinging.

"Your strategy, previously has been one that's been all over the map,” said Obama.

A new ABC News/Washington Post poll has the two in a dead heat.