Candlelight vigil to be held in remembrance of former wrestler 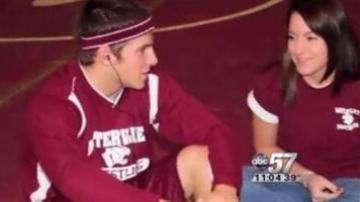 WATERVLIET, Mich. -- The community is coming together to honor one of their own.

A candlelight vigil will be held on Tuesday at 7:30 p.m. for 21-year-old Tyler James Car.

The former Watervliet wrestler was found dead on Sunday in a Berrien County field.

Police said that according to his injuries, Carr must have been hit by a car. Carr had been seen at a party on Fairview Road near where his body was recovered. Police are still investigating how this happpened.

The vigil will take place at the Watervliet High School football stadium.

People are asked to bring their own candles. They can also bring blue, white, or purple balloons and Sharpies to write on them.

Carr's mother, sisters, and the community invite you to gather with them in remembrance of this young man.