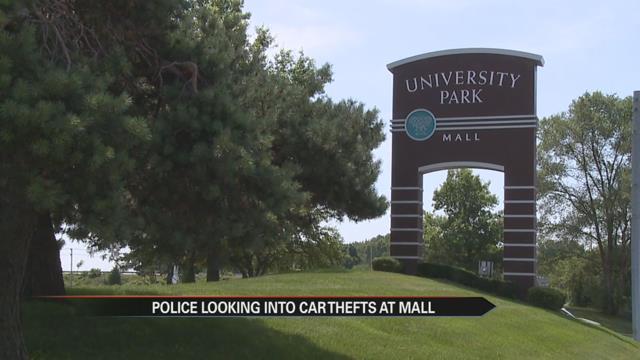 Mishawaka Police say they’ve responded to over a dozen incidents since November at the University Park Mall where property was stolen out of parked cars.

There was one commonality between all of the drivers- they all say they locked their cars electronically.

We trust our key fobs to keep people out of our vehicles, but local police say they may not be as secure as we think.

“There were no signs of a break in, no signs of a forced entry. Some of the same makes and models of vehicles, all GM vehicles, that were being broken into and things taken out of them, where people thought they locked it. So we’re thinking technology played a big hand in it,” said Lt. Tim Williams of the Mishawaka Police Department.

Police believe the vehicle’s key fobs may have been intercepted when customers thought they were locking their doors.

“It could be something to block the signal from the fobs being used,” said Lt. Williams.

They received a few more in May, and just this past weekend, Mishawaka Police received another report.

Because police haven’t figured out a way to prevent the interception of the signals they are warning the public to lock their cars the old fashioned way.

"We try and alert the public and our citizens to not use their fobs when they get out of the car, so just manually lock it and close the door. That way they’re not trying to send out that signal that can be interrupted or disrupted from getting to their car,” said Lt. Williams.

Police also encourage the public to contact them if they see any suspicious activity in the mall’s parking lots.

If you have questions for Mishawaka Police they will be holding a community meeting on August 4th for crime and drug prevention awareness in our neighborhoods. The event begins at 5:30 in Central Park.