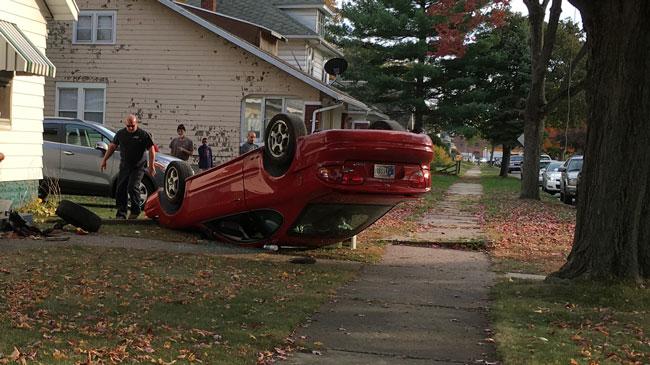 Police are investigating an incident at 1050 College St. in South Bend.

Just before 5 p.m. officials were called to the scene in response to a car flipped over in front of a home.

Witnesses say they saw at least two people exit the vehicle after the incident and flee the scene. They say the people in the car appeared to be bleeding.

The incident caused damage to the front porch of the home.

Police say they are still investigating and do not have further information at this time.