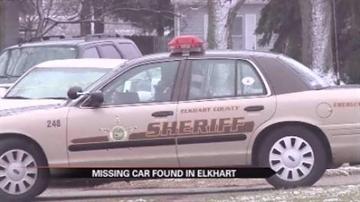 ELKHART, Ind. -- Elkhart Police have made an arrest in the murder of Norma Hopper.

After Hopper's body was discovered early Friday morning on Michael Drive, they issued an alert for a vehicle that was missing from the residence.

That 1998 Chevy Lumina was located and a person was arrested for Hopper's murder.

Police said they found the car early Sunday but have not released where it was found or who they have arrested.