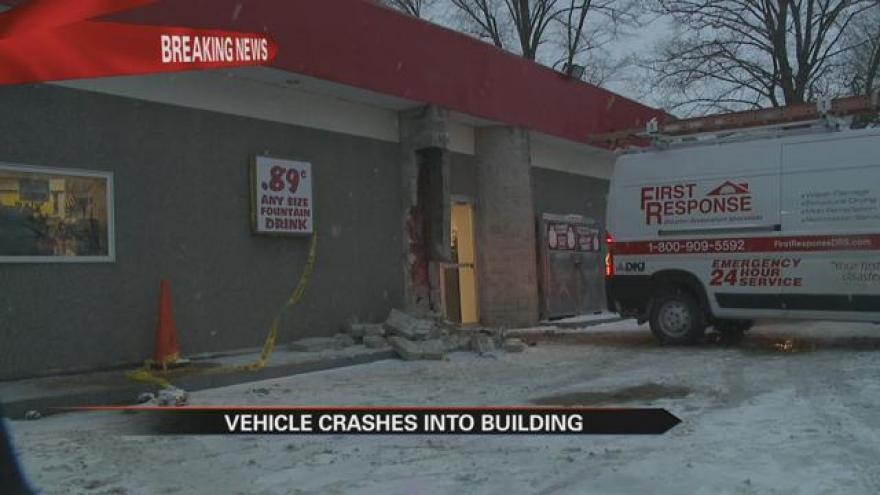 A child was sent to the hospital with minor injuries after a one vehicle crash in North Liberty on Sunday.

Just after 5 p.m. North Liberty Police say an SUV carrying five people hit the side of the Philips 66 gas station on Main Street.

Police say a 5-year-old passenger was taken to the hospital with minor injuries to their face.

Police say weather is partially to blame. As the car in front of the SUV braked and turned into the gas station, the SUV veered off the slick road to avoid hitting them.

When the accident happened a North Liberty police officer was getting gas at the station and was able to respond right away.