Car slams into barricade near the U.S. 20 Bypass 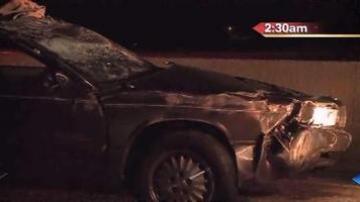 ST. JOSEPH COUNTY, Ind. — A man was taken to the hospital after his car slammed into a barricade wall near the bypass.

The accident happened early Friday  around 2 a.m. near Mayflower and the U.S. 20 Bypass in St. Joseph County, Indiana.

Police told ABC57 that alcohol and a flat tire might be to blame for the accident. They also say that the driver admitted to drinking.

Upon further investigation, police learned that the driver had a drinking and driving charge earlier this year.

According to police, the driver said he crashed the car because of a flat tire.

Part of the Bypass was blocked off for an hour while crews cleaned up debris from the accident.

The driver's injuries are non-life threatening. He is expected to be released later Friday morning.