The Mauna Loa Observatory in Hawaii has been keeping record of carbon dioxide levels since 1958, and on Sunday, the concentration of CO2 in our atmosphere reached an all-time high.

The concentration of CO2 was recorded at 415 parts per million (ppm). This is significant because it is the highest concentration ever recorded within the past eight hundred-thousand years.

Scientists are able to determine the concentration of CO2 that far back by looking at ice core data, and while it does fluctuate for those eight hundred-thousand years, the concentration has never been this high. Even since 1910, carbon dioxide has increased by 115 ppm due to our avid use of fossil fuels and cutting down forests. 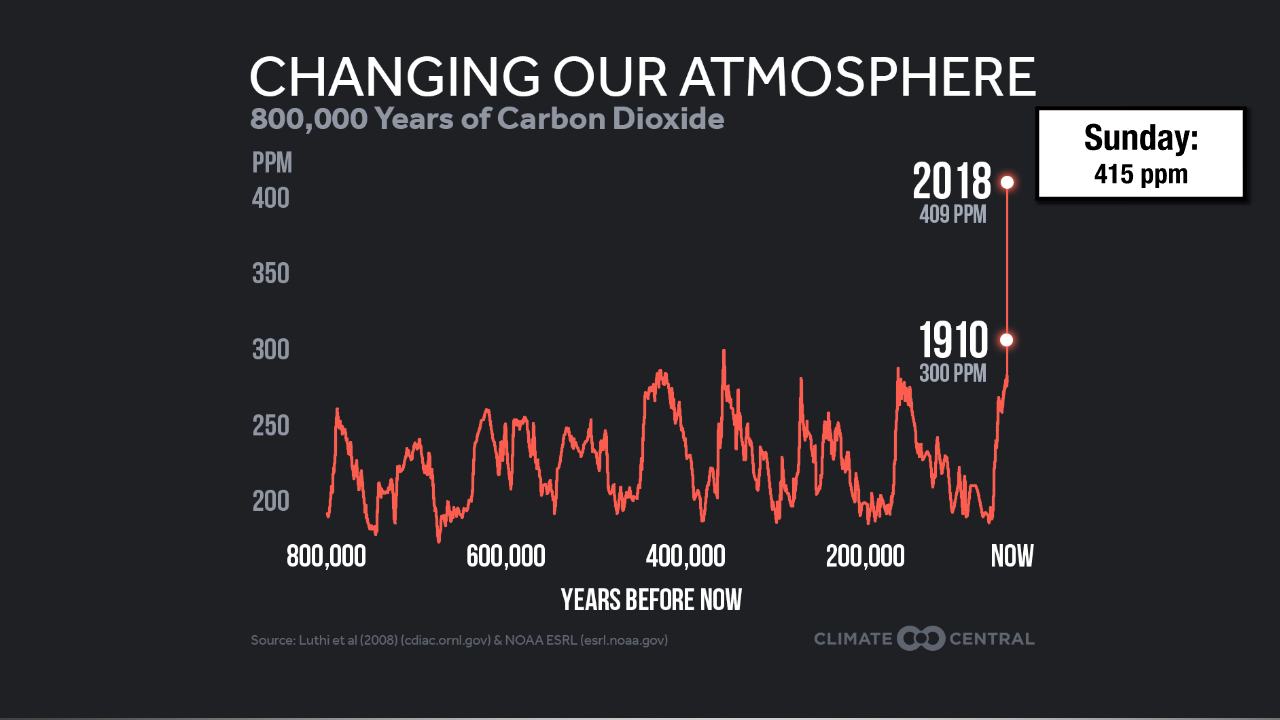 Carbon Dioxide levels naturally peak during May. This is because while plants are dormant during winter, CO2 levels build up, and once plants come back to life in the spring, they start absorbing CO2 again, which decreases it's concentration in the atmosphere. Just within the past month, the green up has finally extended north through the Midwest. 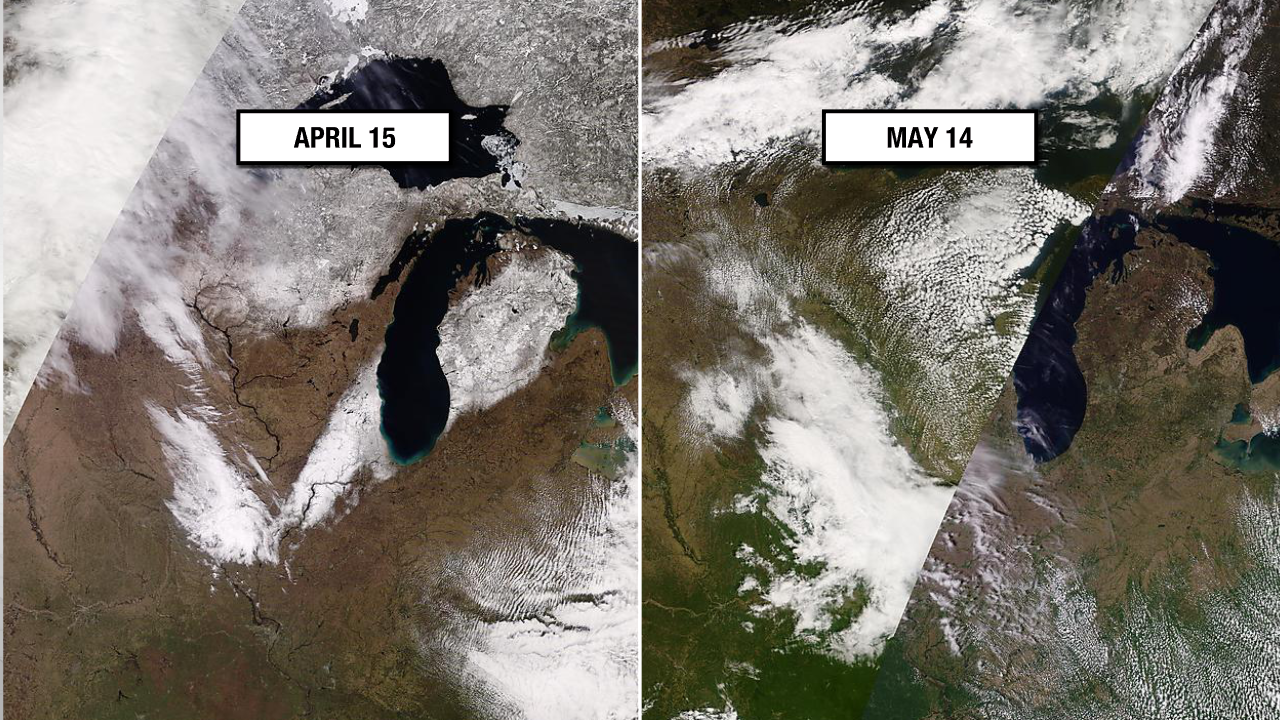 Trees are vital in the carbon dioxide cycle, especially in the northern hemisphere which has more landmass than the southern hemisphere. However, with excess fossil fuel emissions and so much deforestation, there are not enough trees to balance out the CO2 cycle anymore, which now results in these record high levels.

Higher CO2 concentration in our atmosphere has many negative and even dangerous impacts.