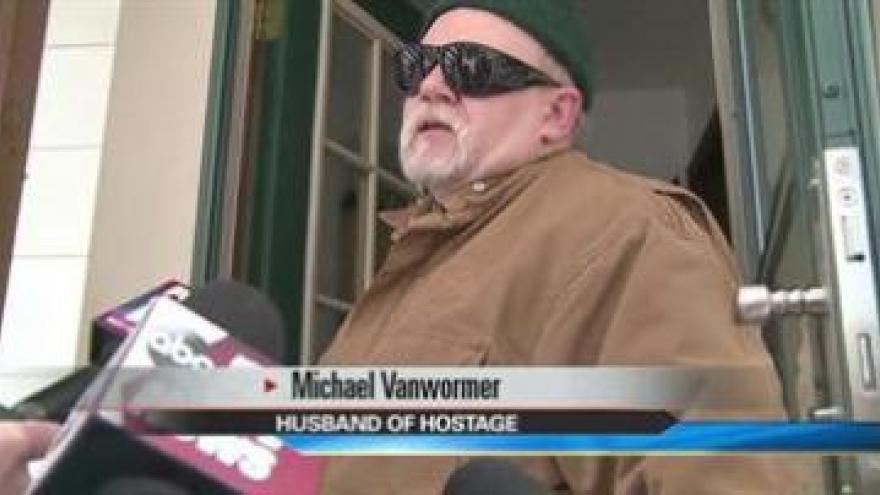 BELDING, Mich. -- The woman who was allegedly carjacked by escaped killer Michael Elliot is safe at home. Her husband says she is doing well, but is still overwhelmed.

Cheryl VanWormer was allegedly carjacked and held hostage by Elliot for several hours.

Cheryl's husband Michael says she is doing well, but she is overwhelmed. Their home is about 30 minutes from Ionia, where Cheryl was carjacked Sunday night.

"I don't know that much about exactly what was going on but she was just out doing her job and she just happened to be in the wrong place at the wrong time," said Michael.

Cheryl was driven from Ionia Michigan to Middlebury, Indiana where she was able to lock herself in a gas station bathroom and escape Elliot.

Elliot was serving multiple life sentences for four murders in 1993.

"He let her know all the possibilities and he pretty much threatened her, but she did all right," said Michael.

Michael says there's only one word to describe his wife -tough.

"She works for the Census Bureau so she's pretty tough. We've always talked about situations that could happen doing this kind of work, its just one of those things," said Michael.

Cheryl is strong and tough, but Michael says what she experienced in those few hours was life changing.

"You've got to figure the ordeal that she's been through, it's been pretty, pretty rough on her," said Michael.

Michael says he's just grateful his wife is home and they will take life one day at a time.

"Glad I got her home. This is the first time it has happened so, hopefully it's the last time it happened," said Michael.