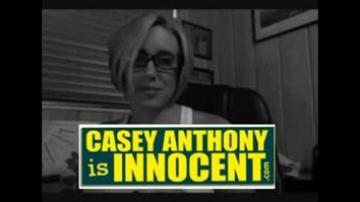 After spending several months out of the public eye, a YouTube video diary has surfaced, featuring Casey Anthony speaking about her life in her own words.

The recording was made on Oct. 21, 2011, according to Anthony's verbal timestamp, but was not uploaded on YouTube until Thursday, Jan. 5, 2012. It is unclear who shared this video.

She is nearly unrecognizable having traded her long brunette locks for a short blonde bob and thick glasses.

During the video, she talks about getting off of probation in a year, a new dog, and finally having her own belongings. She does not mention her daughter, Caylee, or her family.

She is currently living at an undisclosed location and said she will be staying there until at least February of next year.

She said she plans to continue keeping a video blog in her sign-off.