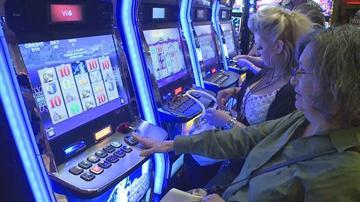 BENTON HARBOR, Mich. - Could Benton Harbor be getting a casino?

A group of Michigan investors led by Billy Sims, a former Detroit Lion, are proposing that one be built in Benton Harbor. Sims told ABC 57 News it would bring up to seven thousand jobs to the area.

The group ‘Michigan is Yours’ still needs to get more than 320,000 signatures to have voters approve a change to change the state’s constitution and allow privately owned casinos.

The prospect of widespread jobs coming to Benton Harbor is getting people excited.

“I do what I got to do (right now and it’s not) easy,” said James Vivertti’s, a Benton Harbor resident who has been laid off since 2008 and unable to find a new job.

Vivertti collects scrap metal and does odd jobs to make ends meet. He doesn’t care if it’s a casino as long as it’s got a job for him.  “If they put it here to help with a job (it would be good),” he said. “We need jobs because there aren’t any here. That’d work.”

‘Michigan is Yours’ wants to build a total of seven casinos around the state. “You’re looking at about six to seven thousand jobs for a casino there in Benton Harbor,” said Sims. So you’re looking (to hire in) St. Joseph, South Bend, all over Western Michigan,” he said.

Sims speculated a few thousand would work at the casino and thousands of other jobs would be created by ancillary businesses.

Sims said the group chose Benton Harbor because of the availability of workforce, distance to Chicago and Benton Harbor’s ‘rising star’ status. “We found out Whirlpool was doing the golf course and Western Michigan needed a commercial casino so we decided to pick Benton Harbor and give Benton Harbor a second chance.”

If it works out Viveretti says he’ll be the first in line. “If they’re going to hire me, yes sir,” he said. “Yeah, I need that I’d do that.”

‘Michigan is Yours’ has until July 7th to collect the signatures so voters can decide on a law change on the November ballot.

Sims offered his personal email billysims220@aol.com for any volunteers that would like to help the group collect signatures.