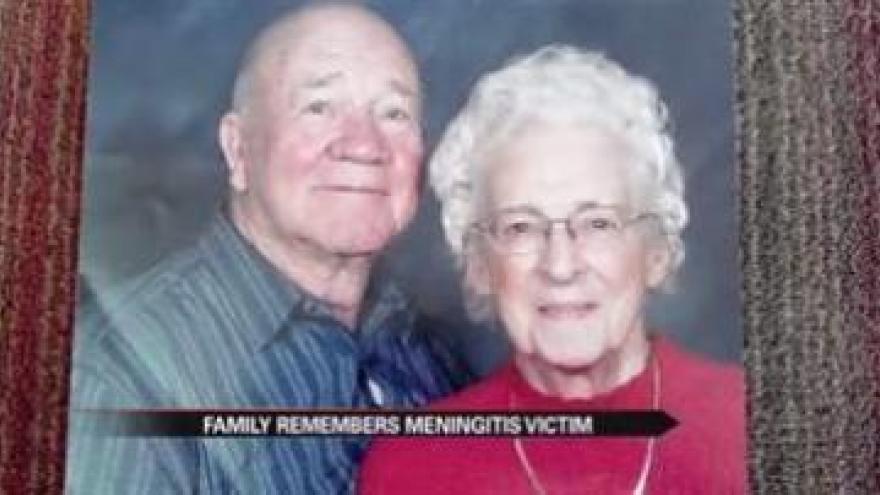 More than 180 people have been infected and fourteen have died from meningitis tainted steroid injections sent to clinics in 26 states, including Indiana. One of the victims was 89-year-old Pauline Burema of Cass County.

ABC57’s Jason Aubry sat down with the family to talk about their loss.

Healthy and full of life just a few weeks ago, Pauline Burema told her daughter Marsha Martin she was going to live to see her 100th birthday.

Doctors believe she died earlier this week from fungal meningitis she contracted from injections she got at OSMC in Elkhart.

Martin says her mother raised her to forgive.

Martin says her mother knew and appreciated the role doctors and nurses play in trying to give us a better quality of life and that sometimes things like this happen.

When they do, she would want to be part of the solution and not just another statistic, Martin said.

"Mom would have wanted to have the autopsy done because hopefully they will find something in the autopsy that they can get the right treatment modality so that other people can be helped; by her death,” said Martin.

Martin says her mother lived a full and wonderful life, and that she followed her mother's wishes for her end of life care.

Martin says, clearly knowing her mother's wishes in advance helped make this situation much less stressful and easier to manage.