Catalan ex-President turns himself in to Belgian authorities 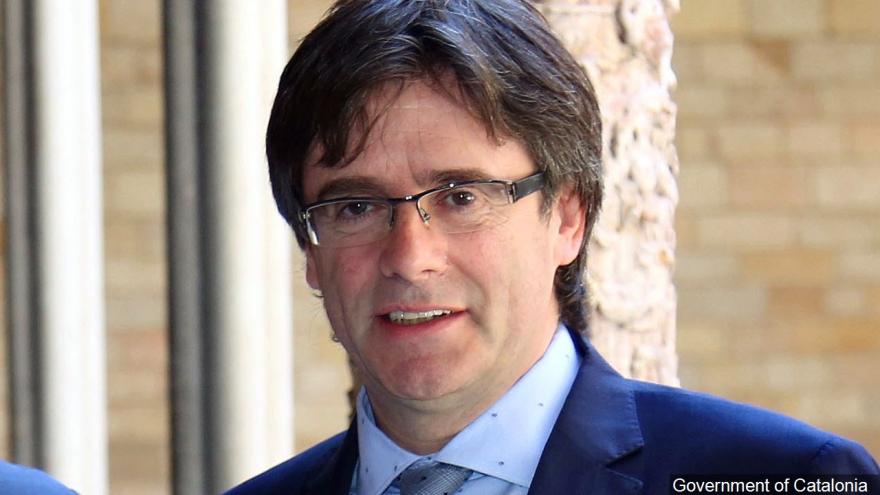 They will go before a judge who will have until Monday morning to decide the next step, which could include executing arrest warrants against the men or imposing bail requirements, said Gilles Dejemeppe, a spokesman for the Brussels prosecutor's office.

The officials surrendered to authorities at 9:17 a.m. and, with their lawyers present, were officially notified of the arrest warrants, Dejemeppe said.

A Spanish judge issued an international arrest warrant for Puigdemont on Friday, a day after eight members of the dissolved Catalan government were jailed in Spain.

Puigdemont, who considers himself the rightful leader of Catalonia, has said he went to Belgium not to flee the Spanish court system, but rather to seek European support for his region's independence bid.

Puigdemont tweeted Saturday that he and his associates are "prepared to fully cooperate with Belgian justice following the European arrest warrant issued by Spain."

Spain was plunged into its worst political crisis in decades after Puigdemont's administration held an independence referendum October 1 despite the nation's highest court banning the move.

The Catalan parliament then declared unilateral independence, and Madrid responded by suspending the region's autonomy, sacking the government and imposing direct rule.

Carmen Lamela, a judge in Spain's National Court, asked the Belgian prosecutor's office to arrest Puigdemont and four ministers in the dissolved Catalan government who ignored a court order to appear before a judge Thursday.

The charges include sedition, rebellion, misuse of funds, abuse of authority and contempt. The other four named in warrants are Toni Comin, Clara Ponsati, Lluis Puig and Meritxell Serret.

According to a Saturday statement from the prosecutor's office, the judge will have 24 hours to decide whether to issue an arrest warrant, and, if a warrant is issued, can decide whether the person concerned should be held or released under certain conditions.

If the judge issues an arrest warrant, then a court has 15 days to decide whether it is executed or not. The parties involved can then lodge an appeal, to be decided within 15 days, and potentially a further appeal to a higher court, also to be ruled on within 15 days.

Puigdemont and 13 former ministers were ordered to appear before the Spanish high court on Thursday. Of the nine former officials who showed up, eight were detained and one was freed on bond.

Puigdemont didn't appear and issued a video message calling the court's action "an attack on democracy."

He and some of his former ministers turned up in Brussels earlier this week after Spain's state prosecutor announced he would seek charges of rebellion, sedition and misuse of public funds against them.