Catholic priest to be released from jail 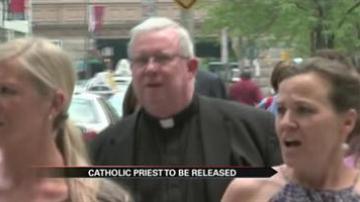 PENNSYLVANIA -- A priest in prison in Pennsylvania will soon be set free.

Monsignor William Lynn Thomas Bergstrom was convicted 20 years ago of child endangerment accused of protecting another priest who had been abusing a child.

It was the first time a church leader had been charged with failing to stop child abuse.

His lawyers argued the law only applied to those who directly supervised the children.

He was the first Roman Catholic priest in the United States imprisoned for covering up the crimes of an offending priest.

An appeals court has ordered that he be set free.