Cause of fatal fire in Goshen determined 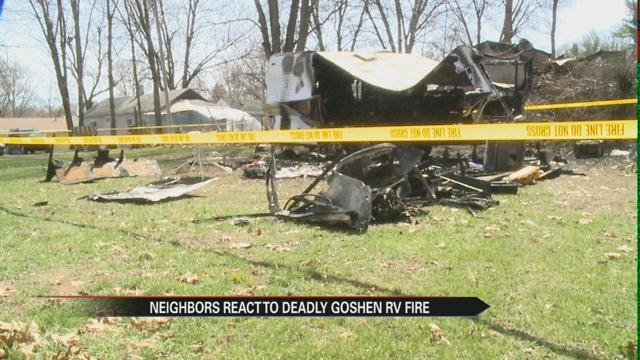 The cause of an RV fire that claimed a child's life has been determined.

The deadly fire occurred on Sunday, April 12 in the 200 block of North 21st Street in Goshen.

After extinguishing the fire, the Goshen Fire Department conducted a search of the RV, at which time they found seven-year-old Samael Hazard.

Police say Samael and his family were living in the 40-year-old RV at the time of the fire.

According to officials, the evidence collected from the RV and the interviews conducted with the occupants indicated the fire had started under the fold-down bed toward the front of the RV.

Officials say this fire was caused by the over-heating of an electrical circuit.

The fire has been determined to be accidental.