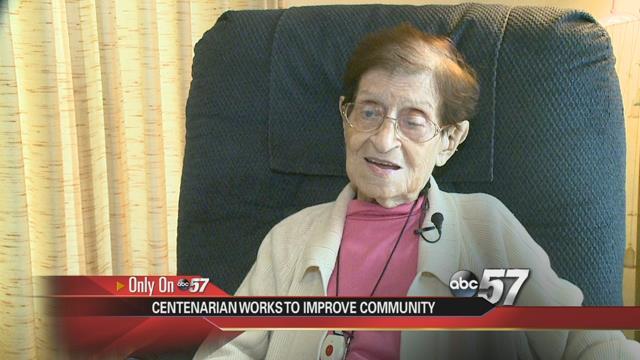 On Sunday, a Michigan City woman turned 100-years-old but it’s what she’s done for her community for a majority of those years that’s just as significant.

Madeline Smrt is still the president of a group she founded with her husband 50 years ago.

For decades, Smrt and her husband George, who passed away in 2008, have fought for Michigan City’s West Side.

In the 1960’s, Madeline and George formed the Westside Improvements Group.

Their goal was to improve all aspects of the community they grew up in and they seemingly did it all, from lunch programs to casino trips and a neighborhood watch.

And now, just a day after turning 100, Smrt recalls the group’s biggest accomplishment, many years ago

“At that time the mayor was going to bring in the train with coal and that coal would have obstructed the beautiful Lake Michigan and we started objecting to that,” said Smrt.

Smrt still attends the group’s monthly board meetings which are held at her home and says there’s no secret to her long life, just faith and trust in the lord.