Center wants to educate parents on the signs of autism 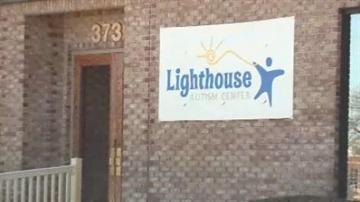 MISHAWAKA, Ind. -- Some studies say as many as 1 in 50 children have autism. The Lighthouse Autism Center on Edison Lakes Parkway in Mishawaka is working to educate parents on the early signs of autism. Early intervention can mean a better outcome for the child.

When Lisa Del Prete, a mother of six, heard the word autism she says she was in denial.

She noticed her fifth child just wasn't acting like the others, but she told herself to just "wait and see."

Now she wishes she had taken action much earlier.

"I was scared. I didn't want to tell anyone. I didn't know what it meant. I didn't even know who to call,” said Lisa Del Prete.

Before his diagnosis at age 4, Del Prete says her son Mateo didn't want to play with his five siblings.

"That social interaction that you hear about all the time, he didn't even want to be a part of his own siblings. And his eye contact- I couldn't get him to look straight at me,” said Del Prete.

"Early intervention for these kids is critical. We need to get them as early as we can. We mean 2 year olds, 3 year olds, 4 year olds,” said Greg Maggioli, Executive Director of the Lighthouse Autism Center.

Signs of autism can first appear in a child as young as 18 months old.

"His life would be different because we would have intervened earlier. So I think if a parent is afraid, I was afraid too, but there's so many things you can do about it now,” said Del Prete.

Employees with the Lighthouse Autism Center say it's never too late to seek help, but early intervention is proven to give children the best possible outcome.