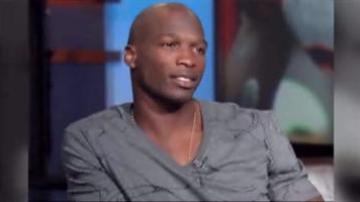 Johnson faces up to a year behind bars for allegedly head-butting his wife last month in Florida.

According to the arrest report, the incident happened after Johnson’s wife confronted him about a receipt showing a charge for condoms.

Johnson said his wife head-butted him. The Miami Dolphins released Johnson a day after the incident, but they did not give a reason.