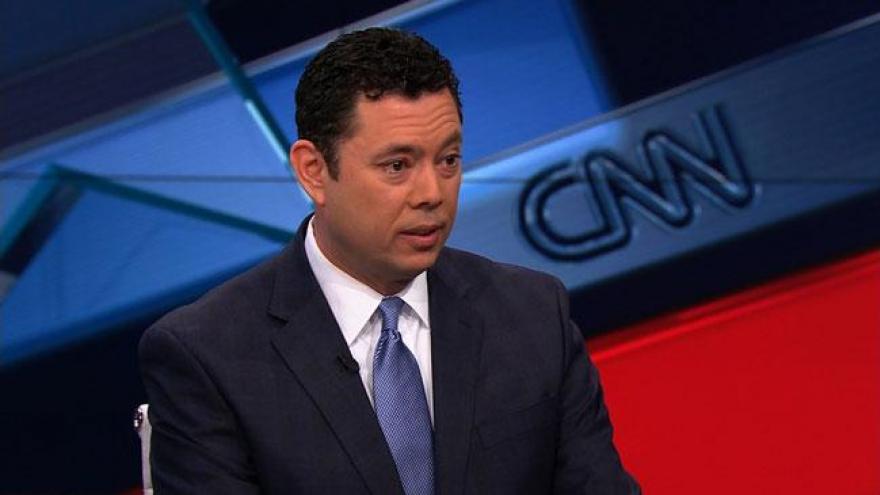 (CNN) -- A Republican lawmaker on Tuesday walked back his remarks earlier in the day that low-income Americans may have to prioritize purchasing health care coverage over gadgets such as iPhones under Republicans' Obamacare replacement plan.

The controversy began when House Oversight Committee Chairman Jason Chaffetz told CNN's Alisyn Camerota on "New Day" that he wants low-income Americans to be able to have more access to health coverage.

"Well, we're getting rid of the individual mandate. We're getting rid of those things that people said that they don't want," Chaffetz replied. "Americans have choices, and they've got to make a choice. So rather than getting that new iPhone that they just love and want to go spend hundreds of dollars on that, maybe they should invest in their own health care.

"They've got to make those decisions themselves," Chaffetz added.

Camerota asked if health care will "require some sacrifice" for lower income Americans.

"We have to be able to lower the cost of health care," he said. "We do think that with more choices, that you will get a better product at a lower price and that will be good for everybody on the entire spectrum of income."

Chaffetz was swiftly rebuked for his comments on social media.

"We don't want people to make choices in their life having to choose health care and leaving out other parts of their life that everyone else enjoys," Bucshon said.

House Minority Leader Nancy Pelosi also pounced on Chaffetz's remarks, tweeting they are "offensive and show a lack of both understanding and compassion."

A 2013 Pew survey found that among low-income people (those making about $30,000 or less), only 13% used an iPhone that year. And nearly 1 in 4 -- 23% -- of smartphone owners have had to cancel or suspend their phone service due to financial constraints, according to a 2015 Pew study.

Under Obamacare, more than seven in 10 enrollees could find coverage for $75 or less in 2017, thanks to subsidies. Without that government assistance, the average cost of a bronze plan -- the cheapest available -- would be $311 a month for a 30-year-old in 2017, according to Health Pocket.

Low-income enrollees would likely see their monthly premiums rise under the Republican plan because its tax credits are not tied to the cost of coverage and do not provide greater help to lower income Americans.

Later Tuesday morning, Chaffetz walked back his remarks, though he stood by his argument that Americans would need to better prioritize health care spending under the new plan.

"What we're trying to say -- and maybe I didn't say it as smoothly as I possibly could -- but people need to make a conscious choice and I believe in self-reliance," he said on Fox News' "America's Newsroom." "And they're going to have to make those decisions."

House Republicans introduced a bill Monday that would scrap Obamacare's individual mandate, a major pillar of the law, replacing it with refundable tax credits for individuals to purchase health insurance. It would also restructure Medicaid and defund Planned Parenthood.

"With Medicaid reductions and smaller tax credits, this bill would clearly result in fewer people insured than under the ACA," Larry Levitt, senior vice president at the Kaiser Family Foundation, told CNN Money. "The House GOP proposal seeks to reduce what the federal government spends on health care, and that inevitably means more people uninsured."

Chaffetz said lawmakers plan to investigate Trump's claims and that his attempts to reach Comey have been unsuccessful.

But Comey did not return Chaffetz's call.

"No response," he told Camerota. "But that's not atypical."