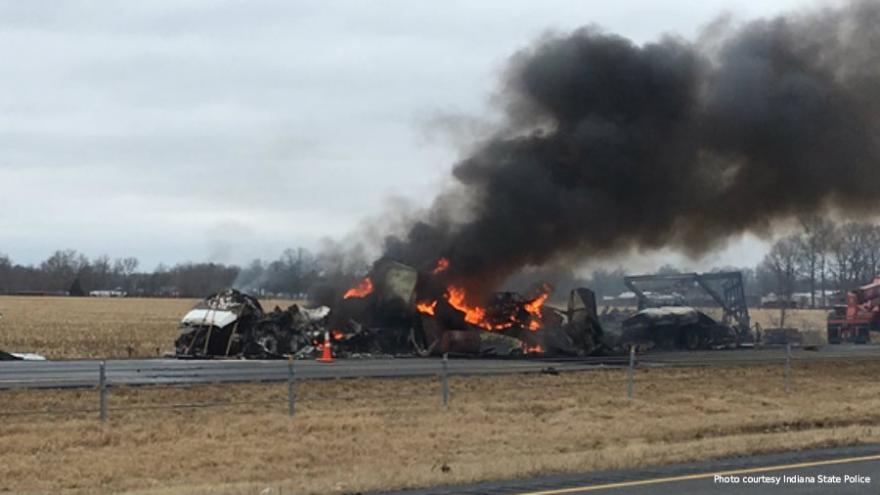 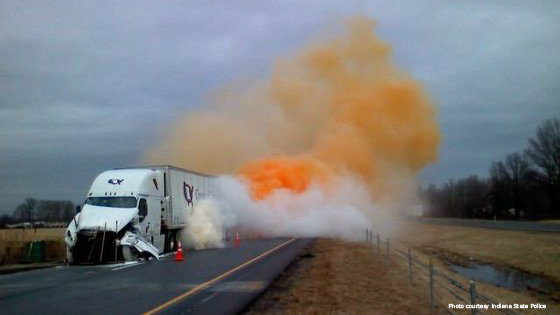 JACKSON COUNTY, Ind. – One person was injured in a fiery crash on I-65 Wednesday morning.

According to Indiana State Police, while traffic was slowed due to another crash, a semi-trailer driven by 30-year-old Uche Okpeh of Florida rear ended another semi, which forced that one into another.

None of the three drivers were injured, but Okpeh’s passenger was transported to Scott Memorial Hospital in Scottsburg with non-life threatening injuries.

Troopers say Okpeh’s semi was hauling hazardous chemical which caused some of the containers to rupture and spill onto the road.

As crews were removing the containers approximately six hours after the crash occurred, they noticed smoke and a chemical reaction taking place. ISP says the truck became fully engulfed by noon and burned until 4 p.m.

Because of the fire, a vehicle belonging to Indiana Spill Response was destroyed as well.

The road was closed for approximately 17 hours.

ISP notes the investigation is ongoing and it has not been decided if anyone will be charged or cited.