Chances of "No Snow November" increasing in South Bend

NOW: Chances of “No Snow November“ increasing in South Bend

The start of November 2020 has been filled with record heat and a long streak of 70s.

But around this time last year (November 11-12), Michiana was dealing with a much more wintry forecast.

A lake-enhanced snow event visited northern Indiana and southwestern Michigan, dumping 6 inches of snow in South Bend, nearly a foot of snow in Elkhart, and close to 18 inches in parts of northern Berrien and Cass counties.

November 2019 finished with just under 7 inches of snow in South Bend. On average, November brings Michiana around 5 inches of snow, though we have had to shovel more than 30 inches before (in 1977). 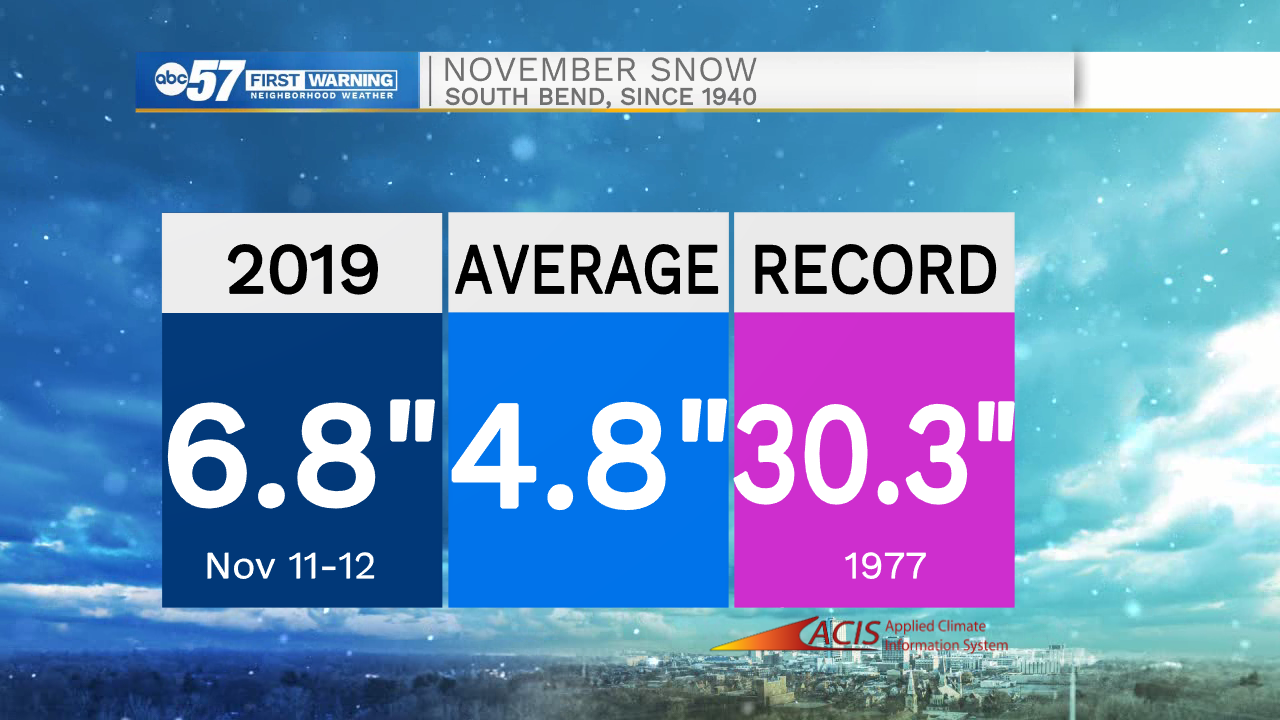 The polar opposite weather pattern compared to 2019 has greeted us this November. While we did record a trace of snow on November 1st, temperatures have been way too warm to support snow so far.

The last time we record a trace of snow in November in South Bend was in 2017. 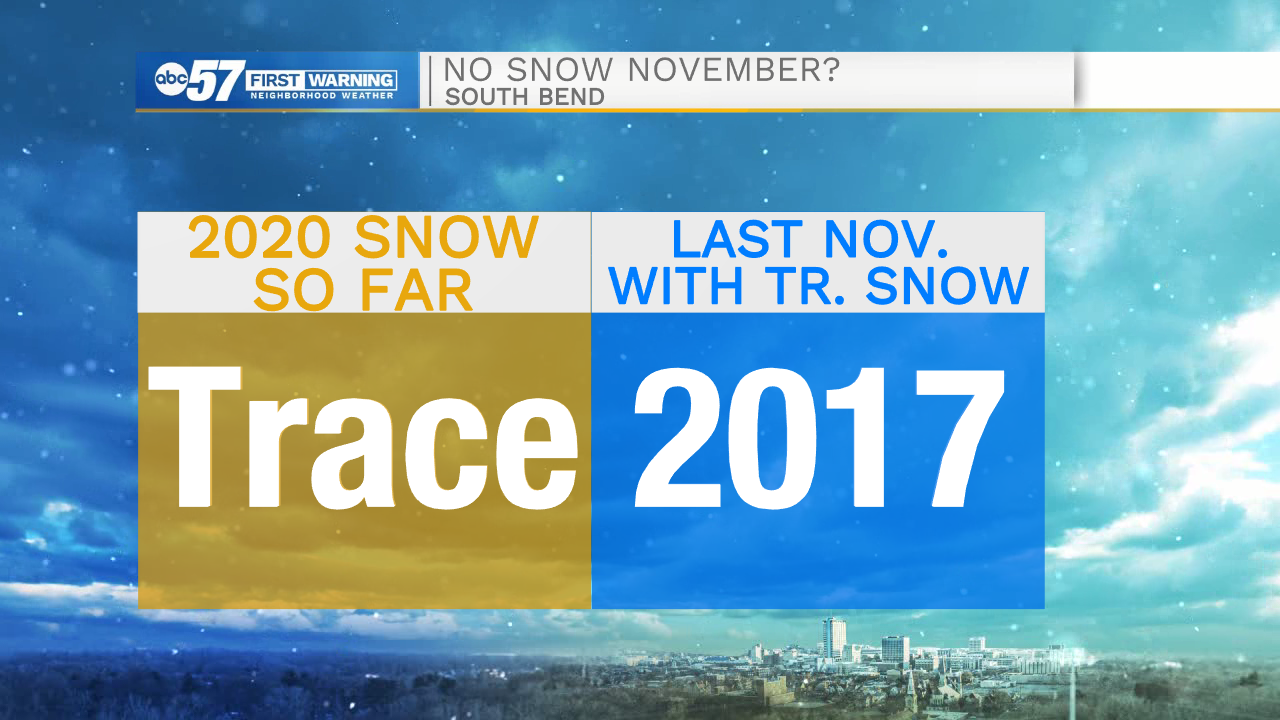 Fun fact: In December of 2017, South Bend recorded more than 32 inches of snow.

The pattern for the rest of the month favors above normal temperatures. While we're not expecting the 70s to return again, highs in the 50s will be fairly common, with readings in the 60s not out of the question. In fact, there is a chance that we could potentially celebrate Thanksgiving outside this year.

So, with the mild-warm temperatures sticking around until at least December, the chances of November snow this year are fading fast.