Charges filed against suspect who fired shots at another vehicle 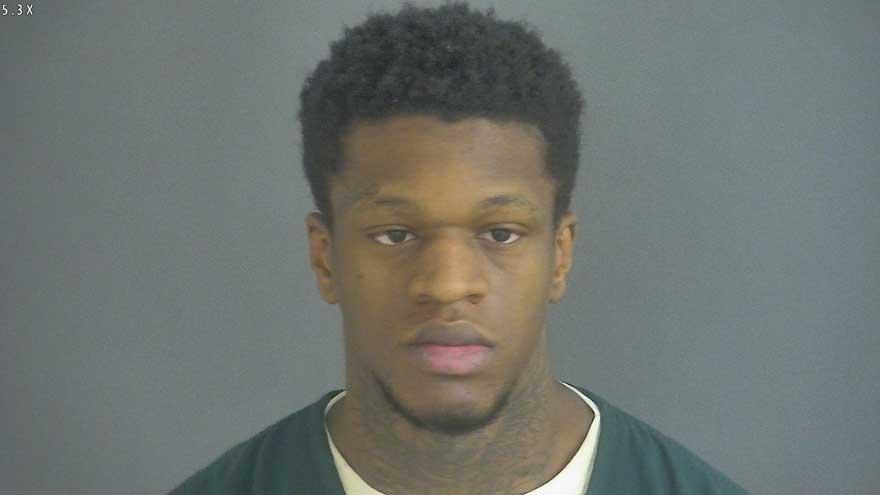 SOUTH BEND, Ind. -- A man who is suspected of firing multiple shots at a vehicle in the area of Fellows Street and E. Fairview Avenue has been charged in the incident, according to court records.

A resident told police he heard gunshots, so he looked out the window and saw an orange or bronze colored vehicle driving at a high rate of speed northbound on Fellows Street, according to the probable cause affidavit.

The resident then saw a red Dodge SUV pull up on Fairview where the driver got out of his vehicle and fired several shots at the orange or bronze vehicle, reports said.

The driver then got back into his SUV and drove west on Fairview at a high rate of speed, reports said.

Several bullet casings were collected at the intersection of Fellows and Fairview.

Another neighbor gave police surveillance video of the incident.

Later in the day, a woman called police to report a bullet hole in her red Dodge SUV.

She told police her grandson, Tazon Greely, took the SUV without her permission to go to a job orientation, reports said.

He returned the car around 4 p.m. with damage to the windshield.

When she showed the damage to a co-worker, he told her it appeared to be a bullet hole, reports said.

The video surveillance showed someone in the orange vehicle fire five shots at the red Dodge SUV, reports said.

On January 17, 2019 Greely was taken into custody in Marshall County. At the time of his arrest he had a 9 mm handgun in his possession, reports said.

When officers spoke with Greely, he admitted to firing shots at the vehicle, but said he did not know the people in the vehicle.

He said some people have problems with his cousin, who is a member of the "Loose Screws," a South East Side gang.