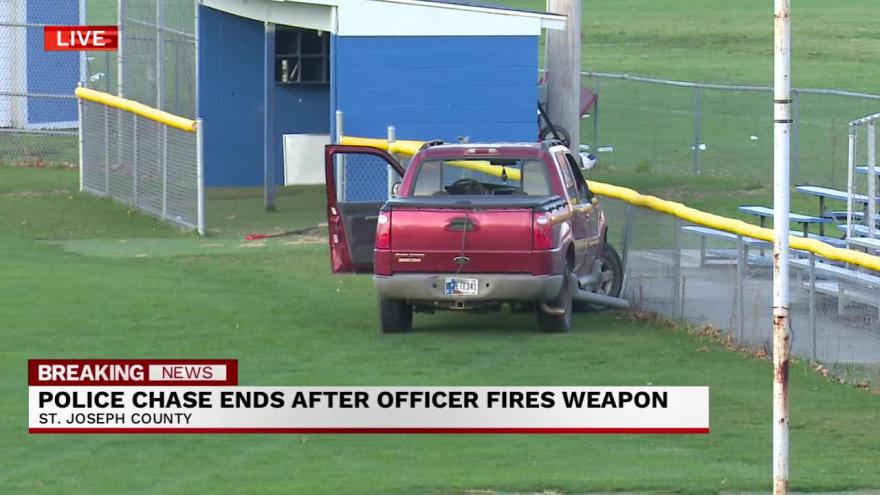 Charges have been filed against the man who fled from police and abandoned his vehicle at Marian High School on Friday, according to court documents. Two schools and a convent were placed on lockdown while police searched for the suspect.

Devin Rios, 23, has been charged with criminal recklessness, resisting law enforcement, possession of methamphetamine, criminal mischief and leaving the scene of an accident.

Friday afternoon, South Bend Police received reports of a vehicle that was driving erratically and nearly crashing into other vehicles.

Two officers used their patrol cars to box in the truck and prevent the driver from leaving.

When officers approached the vehicle, the passenger was cooperative, but the driver, Rios, refused to turn off the ignition and backed the vehicle up, according to the probable cause affidavit.

Rios continued driving in reverse while police ordered him to stop, reports said. Rios struck one of the squad cars that was parked behind him, reports said.

Officer Ken Ryan fired one shot at the vehicle, but it didn’t hit anyone, according to a CMHU release on Friday.

Rios continued backing up until the truck struck a dumpster and the passenger jumped out of the vehicle, reports said.

The vehicle then drove over the curb of an adjoining parking lot and fled Miami Street, reports said.

He drove over 3 miles to Marian High School where the truck crashed into a fence, reports said.

Rios then ran from the scene.

Rios was later located hiding in a dumpster on the school’s property, according to the probable cause affidavit.

Inside his vehicle, officers located a white crystal-like substance that tested positive for methamphetamine, reports said.

His next hearing is scheduled for December 4.