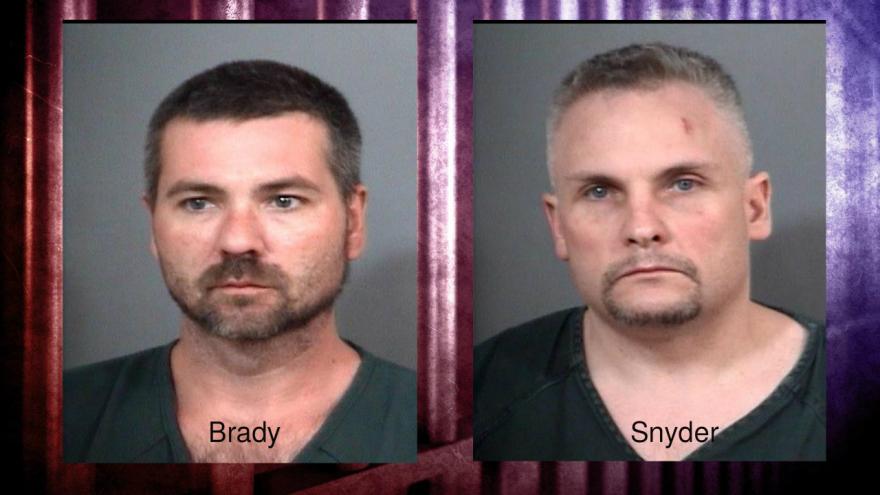 SOUTH BEND, Ind. – Charges have officially been filed in connection to Wednesday night’s quadruple shooting on the city’s west side that left two dead and two in critical condition.

According to the St. Joseph County Prosecutor’s Office, 40-year-old Ronald Snyder was charged with two counts of murder and two counts of dealing methamphetamine,

The second man accused of taking part in the incident is 37-year-old Robert Brady, charged with two counts of dealing meth and one count of carrying a gun without a license.

Just before 11:30 p.m. Wednesday, 25-year-old Anton James Jr. was found dead in a vehicle near Johnson and Frederickson Streets, while 29-year-old Damon Bethel was also found deceased in the 2100 block of Frederickson.

Investigators said two other victims, 24-year-old Alyssa Sanchez and 34-year-old Joshua Sage, were shot as well and are still listed in critical condition at Memorial Hospital.

Both men charged in connection to the crime are held at the St, Joseph County Jail and are scheduled for court on Monday.

James’ wife, devastated from the loss of her husband and her children’s father, begs for the community to put an end to the violence that destroyed her family. To read and watch the full interview with Kylie Sanchez, click here.