Charges filed in connection with incident at Stanley Clark School 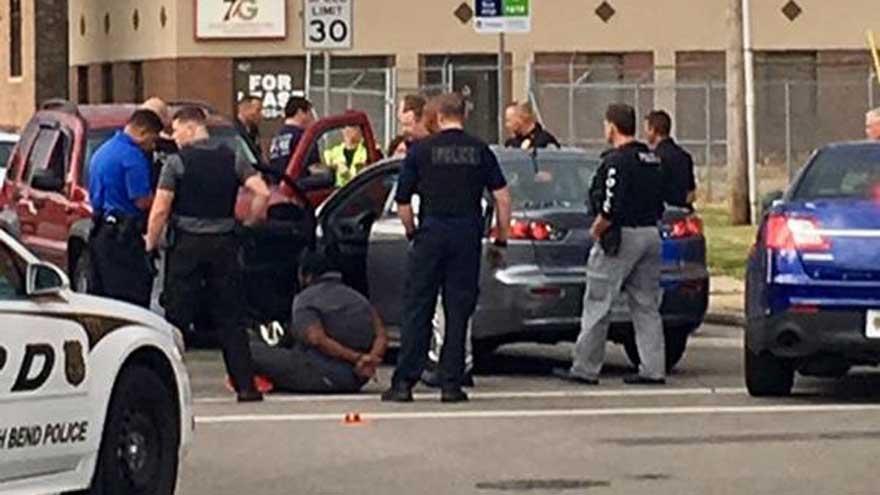 SOUTH BEND, Ind. -- Charges have been filed against the man who caused a lockdown at Stanley Clark School and allegedly tried to ram a police car and chased police through South Bend.

On August 24, a woman called South Bend Police about her ex-boyfriend, Melvin Ward III. She said the father of her 3-year-old son had been driving through her neighborhood and squealing his tires.

She said she left the neighborhood before calling them.

While with the woman, officers heard over the radio there was an irate parent at Stanley Clark School. She told police she believed that may be Ward attempting to take their son, according to the probable cause affidavit.

She told police she had given Ward a handgun the week before, reports said.

Employees believed their might be a medical emergency and they recognized Ward as a parent and allowed him into the building.

When Ward came inside, he began yelling "Where's my son? Where the [expletive deleted] is my son?" according to reports.

An employee attempted to calm him down, but Ward began walking towards his son's classroom. He tried the door, but the door was locked because of the lockdown.

Ward paced the hallway and smashed a clock, according to the probable cause affidavit.

He then allegedly told an employee to get away from him and threatened to blow up the school.

An officer responding to the school had his lights activated and noticed a vehicle that did not yield the right of way to his patrol vehicle. Instead, the Mitsubishi crossed the center line and began driving against traffic, reports said.

The officer drove off the side of the road to avoid a collision.

The Mitsubishi passed him, made a u-turn and drove towards the officer's vehicle and attempted to hit it.

The officer sped away with the Mitsubishi following.

An officer performed a PIT maneuver and the driver of the Mitsubishi, identified as Ward, finally stopped in the area of Sample and Main, reports said.

Ward got out and confronted officers and fought with them and continued to resist, police said.

A taser was deployed and Ward was taken into custody. He was transported to Memorial Hospital, then the St. Joseph County Jail.

Charges against Ward were filed on August 30.