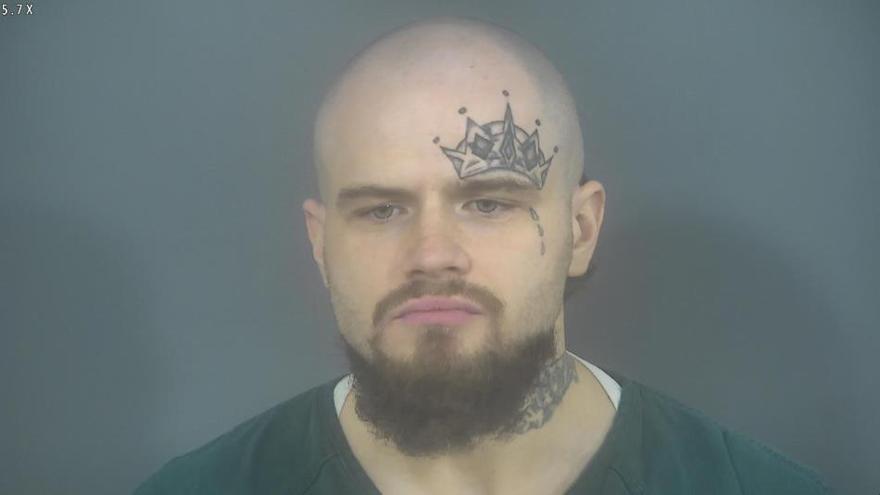 A South Bend man has been charged in the October 2020 murder of Enedine "Nina" Sohlke, 47, according to the St. Joseph County Prosecutor's Office.

Mark Coleman, 36, has been charged with murder and domestic battery resulting in serious bodily injury.

Coleman will be arraigned on Wednesday.

Coleman began corresponding with Sohlke while he was in prison and their relationship continued upon his release in May 2020.

When he was released from prison, the two discussed getting married and moved into a home on S. Webster Street in September 2020.

Over the summer, Sohlke received a kidney transplant. She was scheduled to have numerous follow up appointments with her doctors in Indianapolis, but family members said Coleman prevented her from attending the appoiintments, according to the probable cause affidavit.

On October 2, 2020, family members tried to talk to Sohlke but Coleman wouldn’t let them in the house, reports said.

They spoke with Sohlke through the kitchen window, helped by police who responded to the scene, report said.

Sohlke called a friend on October 7 and asked to be  picked up, but the phone disconnected before she could say where or when, reports said. It was the last time anyone heard from her.

On October 8, Coleman placed boxes in the street under the railroad overpass on S. Michigan Street blocking traffic, reports said.

He put his hands in the air and said he put the boxes in the road so police would assist him, reports said.

Coleman was taken into custody for disorderly conduct and was released the next day.

The next day, Coleman called police to the area of S. Webster claiming three black men had robbed him of his house key and that his ID was inside, reports said.

He said everything he owned was in the home and he had paid his rent for the month and had rights to the home even though there was a dispute with the landlord and eviction proceedings, according to the probable cause affidavit.

The officers noted Coleman's demeanor was different than their visit on October 2 and were unable to determine the whereabouts of Sohlke.

On October 11, police were asked to conduct a welfare check on Sohlke. She had not been heard from for several days.

When police arrived, they found the front door barred shut and the back door barricaded from the inside. They forced their way into the house, reports said.

On the first floor they located Sohlke's makeshift bedroom, her prosthetic leg and cane.

On the second floor, they found Sohlke deceased in the bathtub.

She had been covered by a foam mattress which had a full plastic garbage bag on top of it, reports said.

Officers noted bruising on her body.

An autopsy determined Sohlke died of blunt force trauma to the head and body and had been dead for several days, according to the probable cause affidavit.

Coleman was located around 7 p.m. that evening and claimed to be unaware Sohlke was deceased.

A witness told police on October 11 they saw someone matching Coleman's description at the home, standing on the front porch. As the witness drove past, Coleman intently stared at the person, reports said.

During the investigation, officers identified a fingerprint from the garbage bag on top of the mattress that covered Sohlke's body as Coleman's, reports said.

A person who knew Coleman and the victim said Coleman had admitted to hitting her in the head and that he "gave that [expletive deleted] what she deserved," according to the probable cause affidavit.