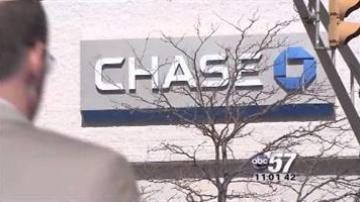 For the nine members of the South Bend Common Council, it's a debate they are more than familiar with.

"This is an issue I have brought up several times before," said Henry Davis Jr., the District 2 Alderman.

The Nov. 14 meeting addressed several issues, including the public funding of the Chase Tower's repairs. The issue was presented to the council in a resolution format, meaning the council would vote on the issue that night, rather than forwarding it to another meeting or readdressing it at a later time.

Davis initiated the discussions by pointing out the current shortcomings of the Chase Tower including a lack of parking, old elevators and other safety hazards for the current tennents.

Davis argues that tennents have already begun to leave the building because it is not being kept properly by the current landlords. He says that if tennents leave, the building risks foreclosure and it will be more difficult to sell. He says the council should continue discussions with the current tennents and prospective buyers to encourage economic growth in the area.

"This will create a trickle effect if tennents leave. If these tennents leave then other tennents won't want to come in and then the surrounding buildings will suffer as a result of this empty buildling," said Davis.

Dieter argues that there need to be better set guidlines for the council's involvement.

Initially, Davis state that rehabilitating the building would cost approximately $5.5 million. But, at the Nov. 14 meeting, he withdrew that figure from the bill, claiming that it was simply an accurate, but approximated bench mark.

Dieter also says that he does not beleive in putting public tax dollars into the private sector. By using the city's money to rehabilitate the building and then selling it to a private company, the money isn't being given back to the people.

"You have to draw the line somewhere because at a certain point you can't turn every [private business] away and I have yet to see what is broken, what needs to be fixed, how many tennents there are etc." said Dieter.

Although the resolution passed 7-2, discussions will continue on the council regarding the rehabilitation progress and the sale of the building.