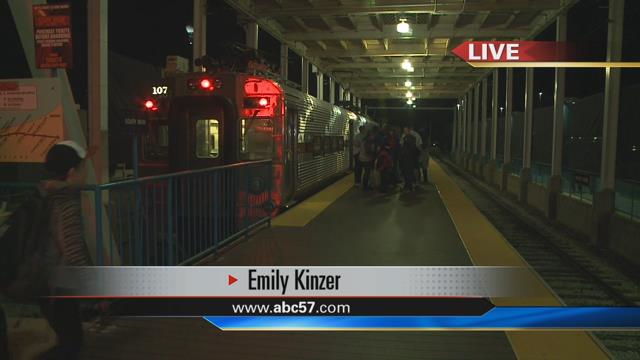 The South Shore has taken Cubs fans from South Bend to Chicago for 108 years now. The rail service began in 1908.

Friday morning trains are expected to be loaded with fans headed to Chicago for the World Series Celebration.

The train service wants to make sure no fan is left behind. To accommodate the demand for more passengers, they will expand capacity. They will add extra train cars and seating capacity to all of the trains on Friday. However, all trains will still run on the same schedule.

The South Shore President asks that everyone pack a load of patience as there is expected to be many people boarding the trains throughout the morning and rest of the day.

At around 10 a.m. (CST) a parade will kick off from Wrigley and will travel along Michigan Avenue between Oak Street and Ohio Street. It will then go along Columbus Drive between Monroe Street and Balbo Avenue.

The City of Chicago has information regarding places to watch the parade. You can read about that here.

After the parade, there will be a Celebration Rally at noon (CST) inside Grant Park. That event is free and open to the public but everyone will have to go through security screening.

For those who are unable to make it to Chicago, the South Bend Cubs will open the gates of Four Winds Field so fans are able to watch the World Series Parade and Celebration Rally on the video board. Gates will open at 10:30 a.m. (EST).