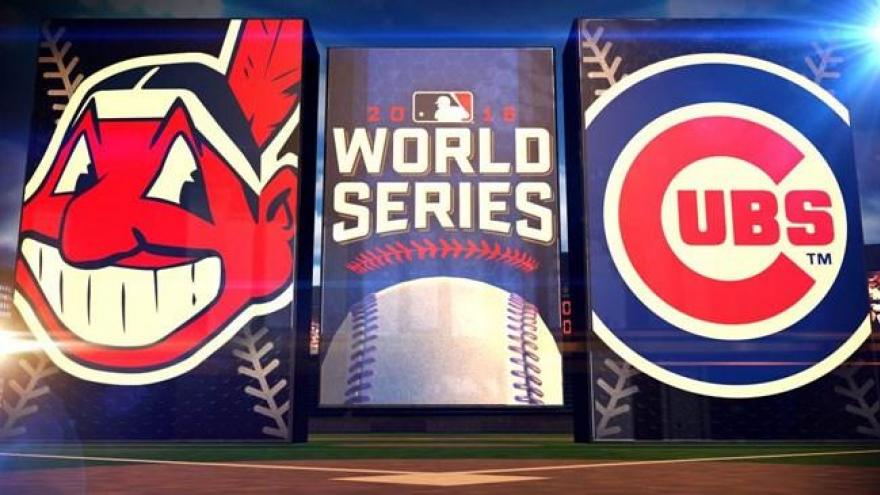 Kris Bryant hit his first World Series home run, part of a three-run fourth inning, and the Cubs came away with a 3-2 win in Game 5 at Wrigley Field on Sunday night.

The win keeps the Cubs' World Series title hopes alive. They trail the Indians 3-2 in the best-of-seven series, which heads back to Cleveland. Game 6 is Tuesday at Progressive Field, where Chicago's Jake Arrieta will face Cleveland's Josh Tomlin.

"I've never been looking forward to wanting to play the seventh game of a World Series in my life," Cubs manager Joe Maddon said.

The pressure isn't just on the Cubs to end a long title drought. The Indians haven't won a World Series since 1948. The 174 combined seasons between titles for the two clubs is the most in World Series history.

The Cubs are trying to become the first team to win the World Series after trailing the series 3-1 since 1985, when the Kansas City Royals did it.

"Why not us?" Bryant said. "I mean, that's kind of our -- I feel like we play our best with our backs up against the wall. We went out there today, took care of business. Hopefully we can get out there and win Game 6, because you never know what can happen in a Game 7.

"But we're all about writing our own history. This team is a special one, and we look at so many times throughout the year where we haven't been playing good, but I feel like we turn that around."

The Indians made it 3-2 in the top of the sixth when Francisco Lindor's single drove in Rajai Davis. But they couldn't score off Chapman, who tossed a career-high 2 2/3 innings, striking out four. His previous longest outing came earlier this year while with the Yankees when he threw for 2 1/3 innings on July 9, a game that happened to be against the Indians.

Maddon's mindset on using Chapman on Sunday night was eight outs or bust.

"That was our best opportunity," Maddon said. "I thought right now based on the bullpen usage recently, he's actually kind of fresh. He hasn't been overused in the last part of this season nor throughout the playoffs."

Chapman knew ahead of time that he might be pressed into duty earlier than usual.

"Joe talked to me this afternoon before the game," Chapman said through a translator. "He asked if I could be ready possibly to come into the seventh inning, and obviously I told him, 'I'm ready. I'm ready to go.' And whatever he needs me to do or how long he needs me to pitch for, I'm ready for it."

Cubs pounce in the fourth

Lester, who took the loss in Game 1, came out firing in Game 5. He struck out the side in the first inning, and fans inside Wrigley roared approvingly.

But it later went quiet when Jose Ramirez blasted a Lester fastball into the left-field seats for a solo home run to give the Indians a 1-0 lead in the second inning.

In the bottom of the fourth, the Cubs rallied, rattling off four consecutive hits and bringing the crowd back to life.

Bryant launched a solo home run off Trevor Bauer to tie the game. Anthony Rizzo then doubled off the ivy. Ben Zobrist singled to right, advancing Rizzo to third. Addison Russell reached on an infield single to third, scoring Rizzo for the second run and sending Zobrist to second.

After Jason Heyward struck out, Javier Baez bunted for a base hit, loading the bases with one out. David Ross hit a sacrifice fly to left, bringing home Zobrist to make it 3-1.

Russell went 2-for-4 with an RBI. Bryant was 1-for-3 with a walk. Rizzo and Zobrist both were 1-for-3 and each scored a run.

Bauer took the loss for the second time in the series. On Sunday he went four innings, giving up three runs on six hits, striking out seven.