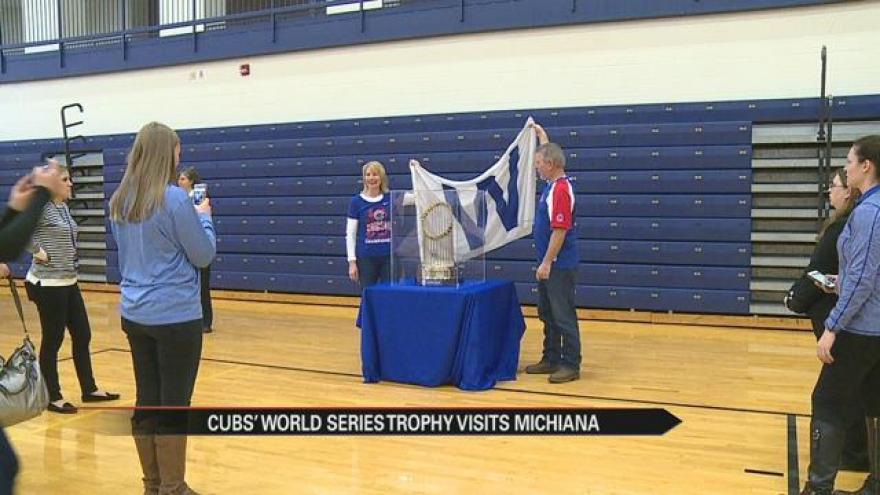 The Chicago Cubs' World Series Trophy has been on tour so fans can take photos to celebrate the historic win.

On Monday, the trophy was at St. Joseph High School in St. Joseph, Michigan.

It was the trophy's third stop in Michiana. It was also on display at Four Winds Field and Notre Dame.

Hundreds of fans showed up to see the trophy and snap a photo with the trophy.

"We're here to see the Cubs Championship World Series trophy, remembering my grandpa who used to take me to Wrigley Field when I was a kid, and just excited to be here with the championship trophy singing the song go Cubs go. Let's do it again," said fan Donald Stoever.

The trophy was then taken to Kalamazoo.

It will be taken to Arizona on Tuesday.