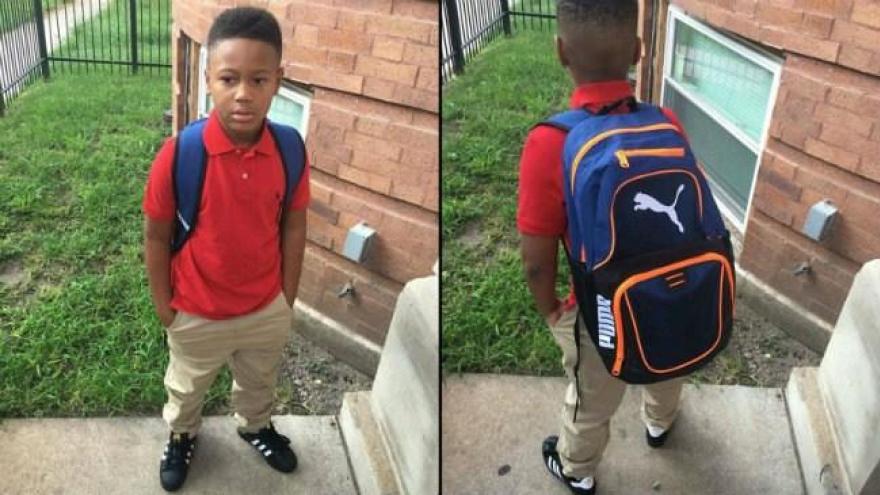 Messages of worry accompanied those same adorable photos Tuesday as parents expressed concern about their children's safety while they headed back to Chicago Public Schools.

One of those parents, Dennis Roach, made a special plea when he posted photos of his son before he left for his first day of second grade at Milton Brunson Math & Science Specialty Elementary School.

"Lord I plead your blood over his life protect him and those around him as he go to and from in this crazy city of Chicago," Roach wrote on Facebook on Tuesday.

Roach and his son, Kamarion, live in the Austin neighborhood on Chicago's West Side. It's an area familiar with the type of violence the city's become known for in recent years.

Forty-one of this year's 476 homicides in Chicago have been in Austin, according to city data. While official police figures are on a week delay, the Chicago Tribune reported the number of homicides passed 500 over Labor Day weekend.

"I grew up around that type of stuff and violence," Roach, 31, told CNN. "That's why I want to give my son a better chance to see what's going on. Even though we're in the hood, you don't have to live like you're in (the hood)."

Roach, who walked his son to school and plans to pick him up afterward, said he wants to have the chance to give his child a future -- one without violence.

"I just spent the whole summer with my son, and I don't want anything to happen to my son coming or going from school," he said. "When he comes home, I'll be relieved that nothing happened."