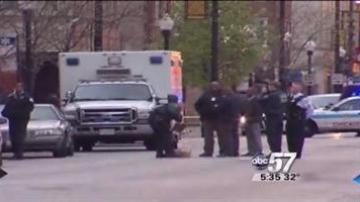 CHIGAGO, Ill. -- 2012 has proved to be an extremely violent year so far in Chicago.

Since January 1 there have been 120 murders and nearly 490 shootings. Now city leaders are trying to get it under control.

They've already boosted the police presence in some of the city's neighborhoods. Some say the unseasonably warm weather may be partly to blame because more people are outside.