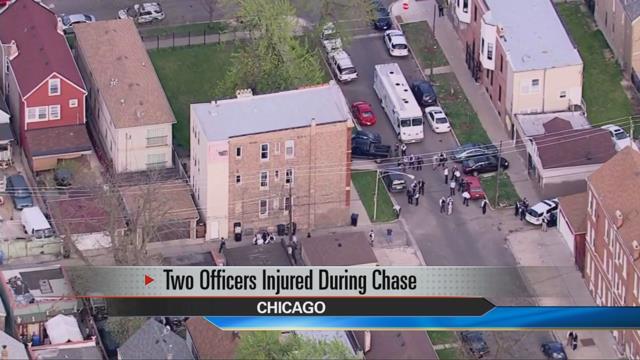 A Chicago police officer was shot and another was injured Monday during a foot pursuit of an armed suspect, police said.

According to our affiliate ABC7 in Chicago, police say one officer was shot in the shoulder and another suffered a cut from the shooting that happened near 24th and Trumbull in the Little Village neighborhood in Chicago.

"They were on routine patrol, uniformed officers in a marked car. And they saw three subjects who looked suspicious. They thought they may have seen a weapon," said Supt. Eddie Johnson.

It was when officers approached the subjects that one of them broke away and ran, Johnson said. The officers chasing the subject when a witness said he heard gunfire.

"We was in the house. I was making my daughter something when I heard like 15 shots," resident Mike McCampbell said. "They go on around here all the time and I didn't think that it was nothing that serious."

Both officers were taken to Stroger Hospital, where they are being treated for non-life-threatening injuries.

Police said an offender is in custody.