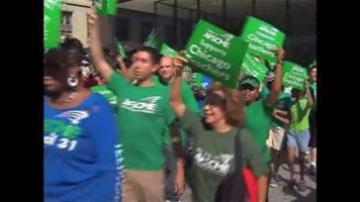 CHICAGO -- Tens of thousands of teachers and support staff are set to go on strike in Chicago.

The union president said it was not able to agree on a contract with school officials over pay and other matters.

“I would point out, that this financial package over the next four years will cost the system somewhere in the vicinity of $400 million over the four years,” said Vitale “This is not a small commitment we're making at a time when our fiscal responsibility, our fiscal situation is really challenged.”