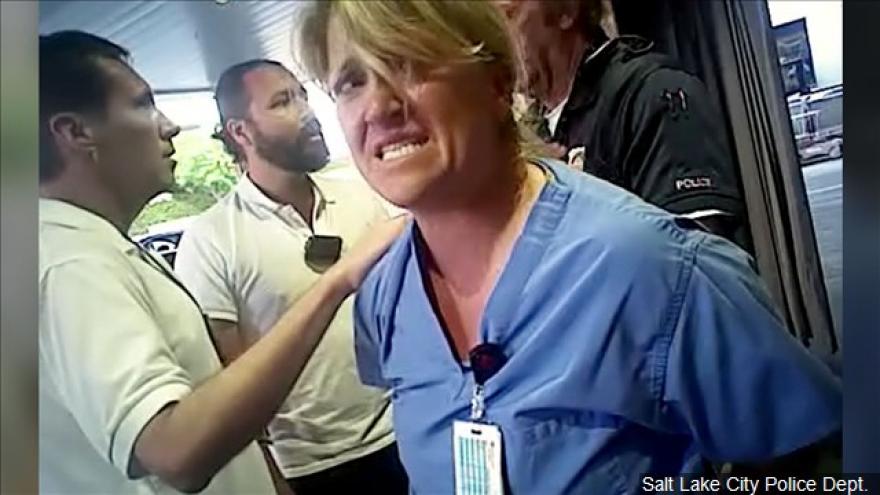 "I have lost faith and confidence in your ability to continue to serve as a member of the Salt Lake City Police Department," Brown wrote to Payne in a scathing letter notifying him of his termination.

KSL obtained the chief's letters to Payne and Tracy through a public records request.

Both officers had been under intense public scrutiny since body camera footage of Wubbels' July 26 arrest was made public by Wubbels and her attorney. Payne was sent to University Hospital to collect blood from a man injured in a fatal crash. But Wubbels — citing policy agreed upon by the hospital and the police department — declined to tell Payne where the patient was or allow him to draw blood.

Payne, with direction from his supervisor that day, Tracy, ultimately arrested the screaming charge nurse after physically pushing her out of the emergency room. Police body camera video of the incident caused outcries of protest from across the country and prompted Salt Lake City Mayor Jackie Biskupski and Brown to personally apologize to Wubbels for the way she was treated.

In his letter to Tracy, Brown called him the "catalyst that led to the arrest." He was demoted two ranks from lieutenant to the rank of police officer.