Woman found with methamphetamine in vehicle, child in backseat 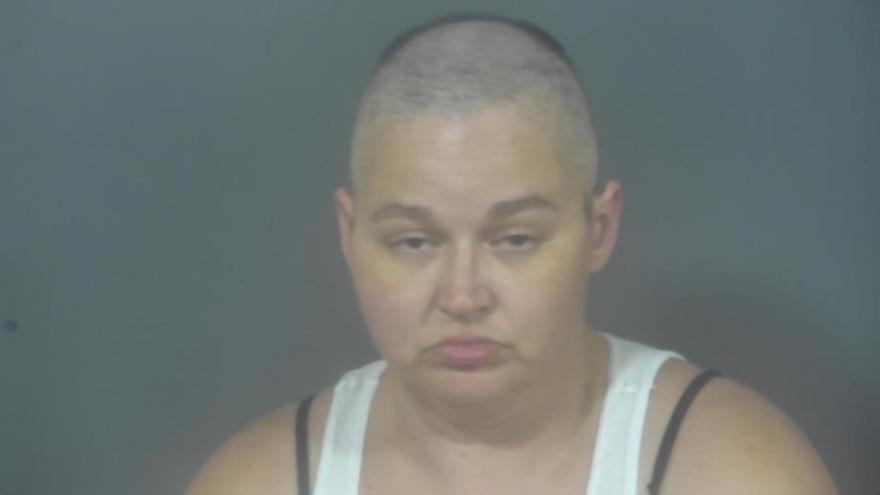 ST. JOSEPH COUNTY, Ind. – A woman was arrested after police found her in a vehicle with methamphetamine and a child in the backseat, according to the probable cause affidavit.

Just after 2 a.m. on Thursday, an officer with the Mishawaka Police Department was called to an address on Division Street regarding a suspicious black vehicle parked behind a residence.

At the scene, the officer found a black SUV parked directly behind the caller’s house. The SUV was running and its lights were on.

The officer shined a spotlight on the SUV but was not able to see inside the vehicle because its windows were fogging over.

The officer spoke with the woman in the driver’s seat, who identified herself as Wanetta Lamphier.

A small child was asleep in a car seat in the backseat of the SUV.

Lamphier told the officer she had just dropped off people in another subdivision and was headed back home when she pulled over to rest.

Another officer arrived and when Lamphier went to get her title from the safe in her vehicle, that officer noticed a clear plastic baggie with a leafy-green, plant-like substance inside.

Officers asked Lamphier to step out of the vehicle.

A small pouch with five syringes was found on the passenger seat, according to reports.

The child was released to a family member.