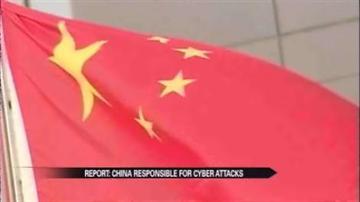 A new report from a US security firm is pointing the finger at China for a wave of recent cyber attacks in the United States.

The Chinese government is denying the accusations.

More than a hundred businesses were hacked including Coca-Cola.

The firm says the hackers are stealing research ideas and designs.

"There's no question about it that cyber warfare and cyber attacks and cyber theft are absolutely the future," said Brad Garrett, Security Expert.

Last week in his State of the Union Address, President Obama said the United States must tackle this rapidly growing threat.

He called on congress to pass legislation to help the government secure its networks.