Chinese activist under US protection for exposing forced abortions in China 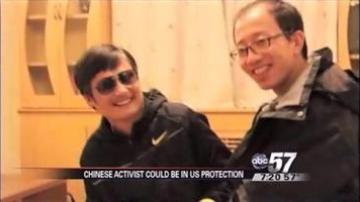 The United States is scrambling to contain a diplomatic crisis with China.

A blind Chinese activist is believed to be under the protection of American Officials.

The activist was forced to live under house arrest because he exposed forced abortions in communist China.

Last week, he scaled a wall and escaped, and was taken in bu the U.S. Now it is time for negotiations.

Kenneth Lieberthal, Director of The China Center Brookings Institution said, "Keep your lips buttoned tight, go to the Chinese and say we need to resolve this, we've got a lot of big things on the agenda."

If he is under U.S. protection it would be the first time since Tianamen Square that The U.S. protected a human rights activist.