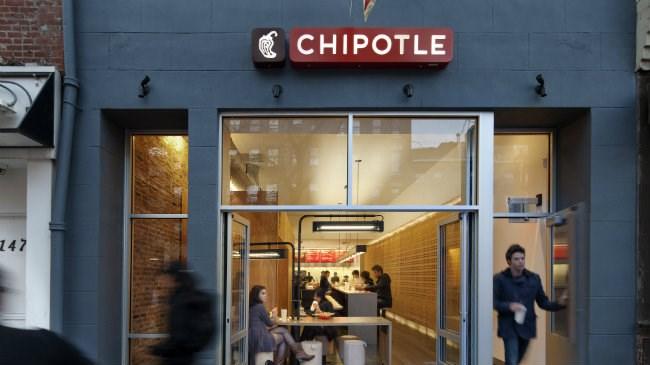 NEW YORK (CNNMoney) -- It took the jury only three and a half hours to award a former Chipotle worker nearly $8 million in damages in a harrowing sexual assault case.

The victim was 16 when she started working at Chipotle in late 2013 to earn extra money. Within weeks, she says her 26-year-old assistant manager started touching her breasts. He pretended it was an accident at first.

Soon assistant manager Gerardo Solis was regularly touching her and "grooming" her for sex at a Chipotle in Houston, Texas. By the summer of 2014, it got to the point where he would have unprotected sex with her "at the restaurant dumpster, in the restroom, in the office and other places," the lawsuit states.

"Chipotle's conduct in this case was outrageous," said attorney Ben Hall, who represented the teenager in the case. "Chipotle wanted to couch it as a relationship, but the jury was clear you cannot have a sexual relationship with a 16-year-old child. That's why they call it a sexual assault."

The young woman's name was withheld since she is a sexual assault victim.

The jury awarded the young woman and her mother $7.65 million on Monday, one of the largest awards of its kind in Texas. Chipotle must pay the bill, since the company was found liable in addition to the two managers named in the case.

The victim's mother claims she notified Solis' boss, the general manager, but he did nothing. In fact, he likely helped cover up what was going on. When the mother showed up once to pick up her daughter from work and found that the daughter and Solis were not there, the general manager begged her not to call police.

The lawsuit portrays a hostile work environment for women where the two managers "would have sex, kiss, hug, sexually touch and pursue intimate relationships" with young employees. They would also make frequent comments about the breasts and butts of female workers and customers.

"The unrestrained and unrepentant abuse of this child was unforgivable," says Hall.

Solis is believed to have fled to Mexico to avoid criminal prosecution.

In a statement, Chipotle said, "We care deeply about all of our employees...We continue to offer our support for this former employee, and hope for her wellbeing."

The company tried to claim the relationship occurred outside the workplace, but the lawsuit said it happened everywhere -- at work and beyond.

The lawsuits says Solis would even remove the girl from work and take her places like a nearby park to have sex with her, "thereby depriving her of earnings and abusing her."

This is the latest high-profile blow for Chipotle. The company is trying to regain customer and worker trust after the E.coli outbreaks that began in July 2015 and lasted through January 2016. On top of that, nearly 10,000 current and former workers are suing the company for making them work off the clock without pay.