Church picks up pieces after vandal defaces statue of Jesus 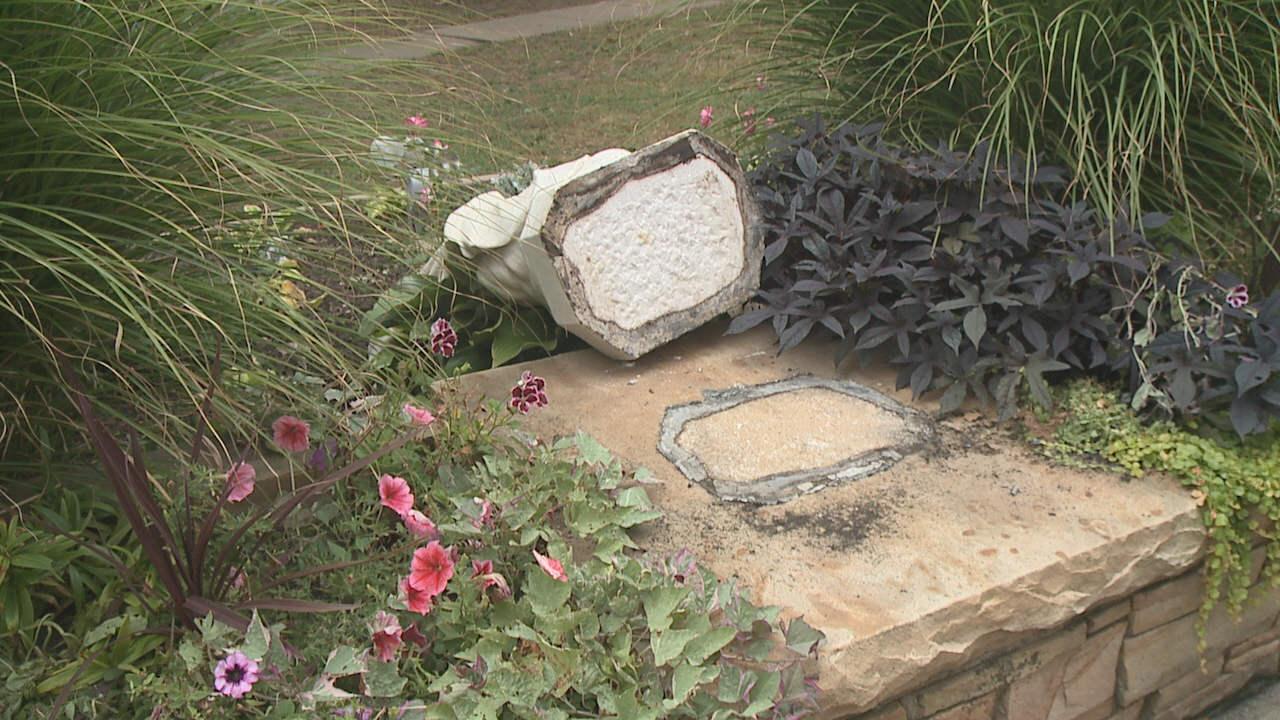 Members of Sacred Heart Catholic Church in LaPorte say someone toppled the church’s marble statue of Jesus Christ on Friday.

While they are disappointed in the culprit’s actions, they spent Sunday’s service praying for forgiveness.

It was raw emotion that led Sunday’s sermon days after the symbol of Sacred Heart's faith no longer stood at the center of the church.

“It’s more than just having toppled over a piece of stone and broken it, but you know it’s, if you will, we take it very personally,” said Williams.

Pastor Williams kept pieces of the statue's hands he found on the ground, while the rest of the massive figure still lies face down in the soft soil in front of the church’s doors.

That's another potential loss thanks to an unknown vandal this church could have to bear again.

“Eight years ago, our church and other churches in the area had some vandalism with spray paint,” said Williams.

But the encouragement this pastor says he’s receiving gives him and his congregation the strength to forgive.

"Even folks that don’t know him at all have been supportive,” he said. "Maybe while this started out as a prank or malicious or whatever, that hopefully it’ll lead to their heart coming to Christ.”

The church filed a police report for the incident Friday.