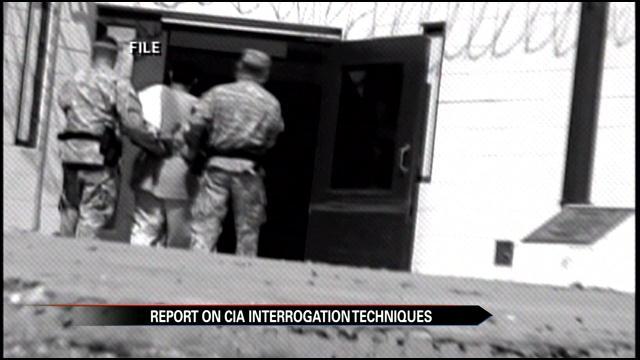 The Senate's report on torture was released Tuesday, and it is as disturbing as some feared.

Lawmakers rushed to the podium to denounce the acts of torture including humiliating abuse, physical assaults, and death threats that were listed in the report.

“America is big enough to admit when it's wrong,” says Senator Dianne Feinstein.

The Senate Intelligence Committee's so-called ‘Torture Report' focuses around 20 specific detainee cases, and it concludes that the approved enhanced interrogation techniques were not effective.

“I know from personal experience that the abuse of prisoners will produce more bad than good intelligence,” says Senator John McCain.

The abuse began with the CIA's first detainee, Al Qaeda operative Abu Zubaydah, who was subjected to approved waterboarding.

In one session, the report says that Zubaydah became “completely unresponsive with bubbles rising through his open, full mouth.”

The report says that at one point when he was being waterboarded, several CIA officials were “profoundly affected. Some to the point of tears and choking up.”

As for claims that Osama Bin Laden was tracked down based on information gained from enhanced interrogation, the Senate committee says that is false.

Former CIA officials, members of the Bush administration, and some Senate Republicans say the release of the report is hazardous.

Early in his presidency, President Obama banned most of the interrogation techniques detailed in this report.

The White House says he wanted it released for transparency, and to show that America can learn from its mistakes.