Citizen helps in meth crack down 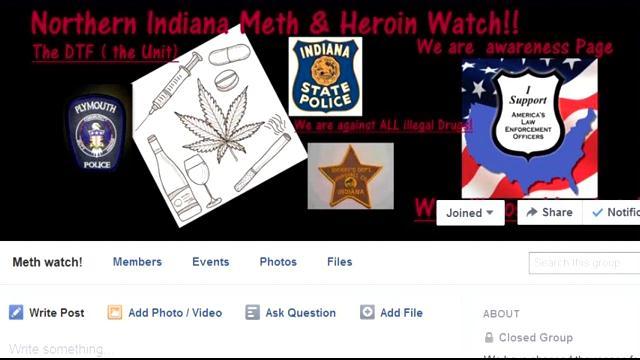 The Starke County Sheriff says Indiana is ranked the number one state in the nation when it comes to drug addiction.

Some people live to tell their story like Mark Weaver, who wants to help others win their fight against drugs.

“I got up one day and just started going to church and it just changed after that. I just refuse to touch it,” said Weaver.

Weaver has been sober from drugs and alcohol for eight and half months now.

He started going to church and attending Alcoholics Anonymous and Narcotics Anonymous classes at New Song Church in Plymouth.

As he lives with his sobriety, Weaver wants to help others with their struggle.

Weaver has four children and a baby on the way. He wants to be a role model and a father who sets a good example.

“I don't want my kids growing up saying that my dad is a drug addict and an alcoholic,” said Weaver.

He has had a lot of help and a role model along the way too.

Linda Clevenger has run the "Meth Watch" Facebook page for four years and has helped about a 100 different addicts, including Weaver.

The war on drugs hits close to home for Clevenger, she has family who has been affected by meth addictions.