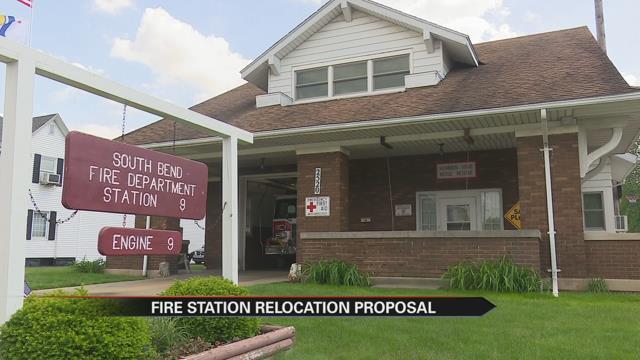 But a growing online petition has residents and one elected official questioning those plans.

“We don’t have a drive thru bay for that station they have to execute a three point turn onto Mishawaka Ave,” said Fire Chief Steve Cox.

It’s been like that for Fire Station 9 since 1926, and that’s just one problem crews at the station face.

“Additionally, the contaminated equipment the fire fighters wear, the fire fighting gear, etc…, there’s not adequate storage in the building for that,” said Chief Cox.

So the city proposed to build a new one just a short drive down the road.

That space happens to include a part of Potawatomi Park.

And now that proposal now has quite a few folks concerned.

“I received a document this afternoon and in the document it clearly states the real estate is to be used as or for park purposes only,” said Oliver Davis Jr., South Bend Common Councilman.

The document Councilman Davis Jr. read was the property deed.

It states if it is used for any other purpose the city should revert ownership to St. Joseph county.

That’s one of the concerns of the “Protect Potawatomi Park” group that enlisted more than 500 signatures calling for the city to reconsider this plan.

Residents that live nearby the park were mixed.

“I do think the park is great the way it is but I have also seen the fire station so I think that they do need a new space,” said resident Tina Bishop.

But Councilman Davis believes this is the entire city’s park, and more voices should be heard on any potential changes affecting it.

“All the 60 park properties belong to the city of South Bend,” he said. “It’s not to one neighborhood association or to one small group it’s the whole entire city that contributes into it through our tax dollars.”