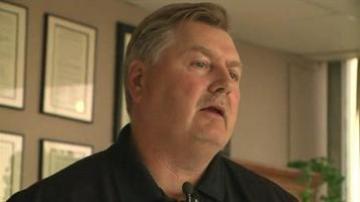 SOUTH BEND, Ind.--The South Bend City Council and the South Bend Police Department met Tuesday for a public safety meeting. Together, they're trying to figure out a way to stop the violence in the community.

They said the solution starts with the community.

"I think a lot of it has to do with social issues, the way people were brought up, the lack of respect for human life," said Derek Dieter, Vice President of the City Council.

Dieter didn't mince words. The former police officer thinks law-abiding citizens are already doing everything they can to help.

"I think this community does a phenomenal job with people, mentoring people, they do as much as they can through all the other social things that they do," said Dieter.

City leaders and police will continue the uphill battle. It's why they called this special, anti-violence meeting - to stay proactive.

Now, Dieter says they just need parents to join them.

"It comes back to the breakdown of the family unit and that's what the police department battles every day," said Dieter. "We can't babysit every single kid, every single family."

But what they can do is this: meet as a team, brainstorm, and continue to fight crime on the streets anyway they can.

"Police presence in a neighborhood, that's what needs to be out there," said Dieter.

So, what happens now? The council will meet again and ask the police to present their latest findings.

"After a year, where are we at? The community needs something," said Dieter. "You're the ones that came to the forefront and said you have an anti-violence commission and violence has sky-rocketed. So, that's one of the many questions we'll be asking once we receive all of the information on the anti-violence committee."