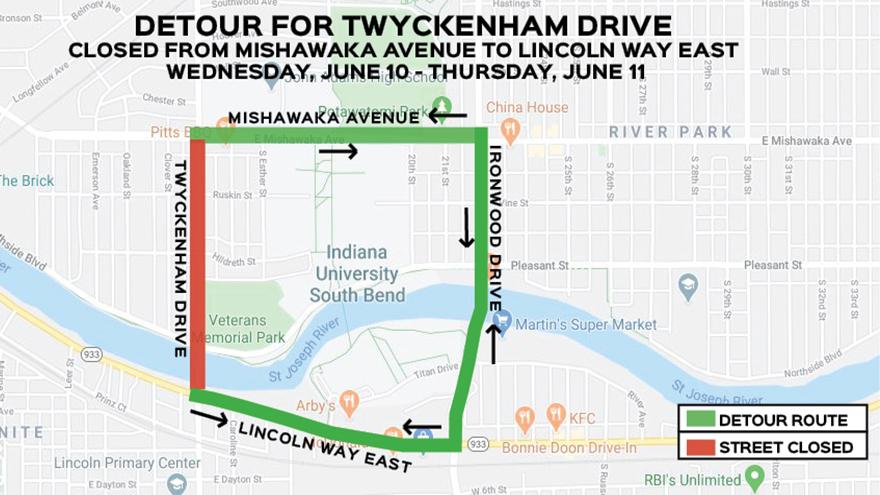 The City of South Bend wants to alert drivers to road closures and detours for milling and resurfacing.

The press release is below:

Michigan Street
Also on Thursday, June 11, the northbound lane of Michigan Street from Tutt Street to South Street will be closed for milling and resurfacing. Northbound traffic will be detoured west on Sample Street, north on Main Street, then east on Western Avenue to rejoin Michigan Street. The street is expected to reopen at the end of the day Thursday.