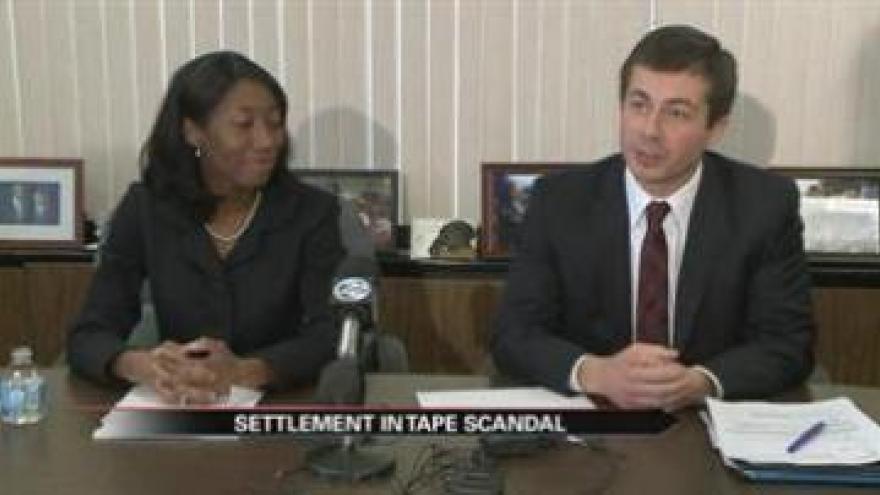 “As strong-handed as I may be, or confident in my judgment, there comes a time where you have to put the interest of the city first,” Buttigieg said.

The scandal cast a shadow on most of Mayor Buttigieg’s first term in office.

“There is still a big cost financially and in terms of energy and attention to defending and winning these claims in court,” Buttigieg said.

The city said these settlements are not an admission of guilt, rather, the cheapest way to move forward.

Legal fees included, taxpayers are shelling out more than $700,000 for these settlements.

Former Police Chief Darryl Boykins reached a settlement with the city for $75,000.

Officers Tim Corbett, Dave Wells, Steve Richmond, Brian Young and his wife claimed their rights were violated by the illegal recordings. They reached a deal worth $500,000.

“We estimate that we saved close to a million dollars in anticipated legal fees of what would’ve been incurred to take this case to trial and win,” Cristal Brisco, corporation counsel, said. “And the very real possibility of an appeal.”

But the legal battles aren’t over for the city.

Fired communications director Karen Depaepe is suing claiming she was wrongfully fired over the recordings. Also, the city administration finds itself in a legal battle with the city council. The council wants to hear the tapes. That case is in the hands of a federal judge.

The mayor said they’re pursuing all options to settle the remaining lawsuits, but couldn’t disclose any specifics.

“All we can do is continue to make good decisions, and to always try and get better at listening in the community.”