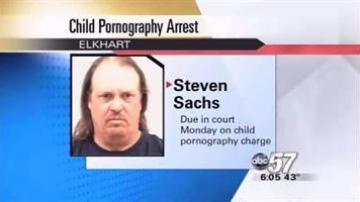 Fifty-two-year-old Steven Sachs was arrested at work by the U.S. Secret Service and a member of the St. Joseph County Sheriff's Office on Thursday.

Court documents show investigators were searching for evidence on several of Sachs' computers and media storage devices but it's not clear if any of those belonged to the City of Elkhart.