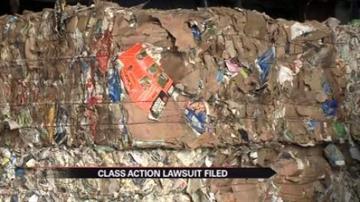 ELKHART, Ind. — An effort is underway to get neighbors on Elkhart's westside to join a class action lawsuit against a former wood recycling facility.

The lawsuit could include hundreds of people who lived around Soil Solutions.

Neighbors originally filed the suit stating that dust and other emissions posed a health threat.

It was first filed against VIM Recycling which was recently purchased by Soil Solutions.